Rory pulls out with rib injury 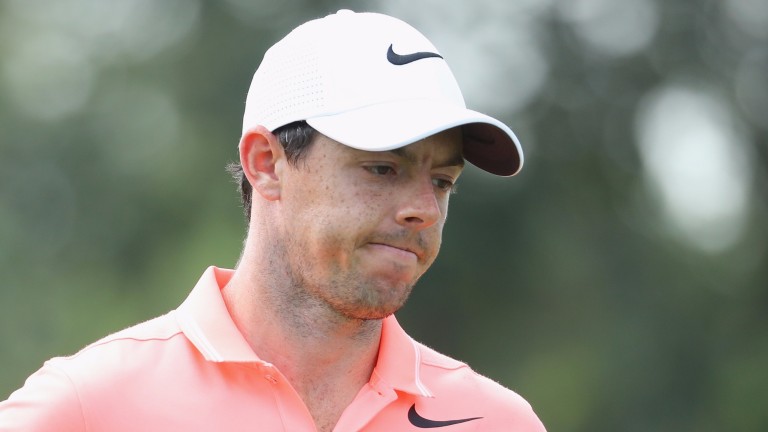 The European Tour's three-week Desert Swing starts on Thursday with the Abu Dhabi Championship, but Rory McIlroy will not be playing.

McIlroy, beaten by 150-1 outsider Graeme Storm in a playoff for the SA Open title on Sunday, was due to headline a star-studded field at Abu Dhabi Golf Club. A rib injury has forced him on to the sidelines, though, leaving Dustin Johnson as tournament favourite.

McIlroy was suffering with back pain in South Africa and went for a scan on Monday. The results showed a stress fracture in his rib and the Northern Irishman must start a rehabilitation programme. Johnson, Henrik Stenson, Danny Willett and Rickie Fowler all shortened at the top of the market after McIlroy announced his latest injury setback.

Justin Thomas broke the record for the lowest US Tour 72-hole total when winning the Sony Open by seven shots on Sunday. Thomas needed only 253 shots over four days, completing back-to-back Hawaii triumphs in grand style, and the in-form youngster is a general 28-1 to win the Masters in April.