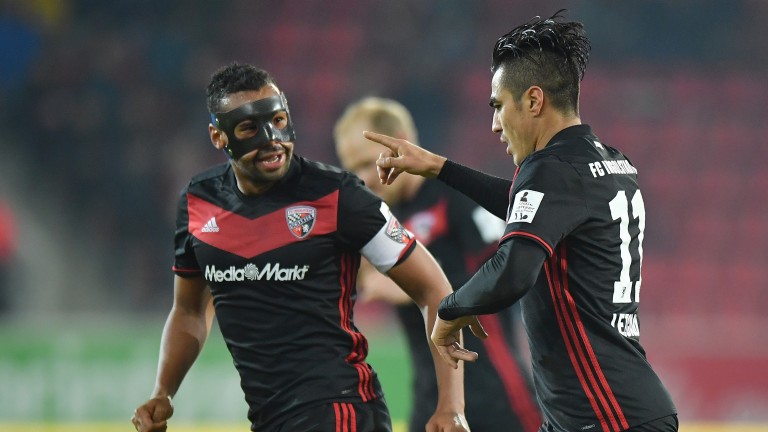 Mid-table Ingolstadt haven't quite given up on regaining the top-flight status they lost last season and they can edge a little closer to the promotion-chasing pack with a victory at home to lowly Bochum.

The German second tier is a tight, competitive league and Ingolstadt go into the last ten games of the season with one eye on chasing promotion and another on staying clear of relegation.

If they lose to third-bottom Bochum they will be only four points clear of the relegation playoff place, but victory would take them only four adrift of the promotion playoff berth held by third-placed Holstein Kiel.

From Bochum's perspective there is no such confusion. They have been in the bottom half for almost the entire season and need a victory at Ingolstadt to get out of the bottom three.

Defensively, Bochum have been reasonably sound. Robin Dutt's team have conceded just 28 goals in 24 league games and were solid enough to draw 0-0 at home to highflying Nuremburg last week.

But that match was the fifth time in six games that they had failed to score and their league goals tally of 20 is the lowest in the division.

Ingolstadt know they may need just one goal to prevail and they are boosted by the return from suspension of winger Sonny Kittel, a former Germany Under-20 international who is their top scorer with eight league goals.

Israel international midfielder Almog Cohen is suspended for the home side after being sent off in a 2-1 defeat at promotion rivals Duisburg but Ingolstadt have a deep enough squad to cope and look solid odds-on favourites to register an much-needed home win.