Eric Ebron can make his mark for Colts against Chiefs 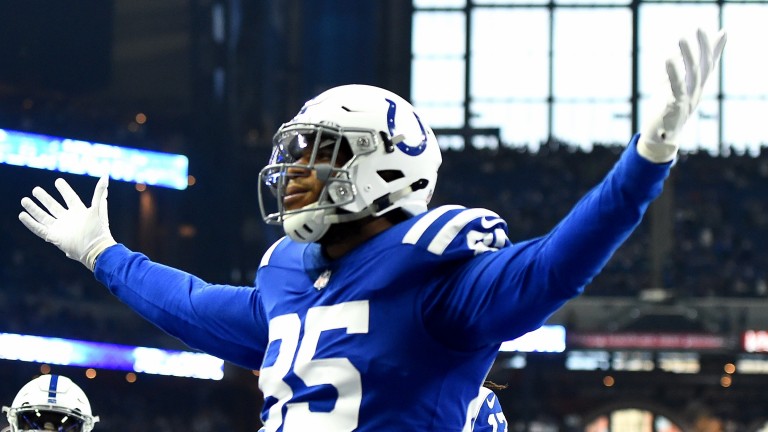 Kansas City have been the strongest offensive team in the NFL this season but they have been in great playoff positions before and lost the plot and they can ill-afford to be below their best against Indianapolis.

The Chiefs have lost their last six playoff matches at Arrowhead - the run goes back 25 years, two years before quarterback Patrick Mahomes was born - but they should have the sniff of revenge in their nostrils.

In 2014, they were 28 points ahead of the Colts at Lucas Oil Stadium before falling to a 45-44 defeat, but it seems unlikely that Indianapolis will sit back and allow the Chiefs to cruise through to the AFC Championship game.

A total-points line of 57 reflects the fact Mahomes and his opposite number Andrew Luck have thrown 89 touchdown passes between them this season.

But despite the Chiefs averaging a whopping 35.3 points per game this season, ten of their last 13 games have gone under the line and the Colts, who were the fifth-highest scorers in the regular season, have not broken the points threshold in six of their last eight games.

While Kansas City's offensive play has grabbed all the headlines, they have struggled defensively, conceding 26.3 points per game.

Their rushing defence was ranked 27th in the regular campaign and they conceded an average of 132.1 ground yards per game so it seems reasonable to expect Colts running back Marlon Mack, who has averaged 75.7 yards per game this term, to make a big contribution.

The Colts' season looked dead and buried when they lost five of their opening six games and drifted to 500-1 in the Super Bowl betting but they are dangerous 16-1 shots now and capable of holding their own in this clash.

Expect tight end Eric Ebron to have a big impact. No player in his position scored more than his tally of 13 touchdowns and he is a regular option for Luck when they get close to the Chiefs' line.

Team news
Indianapolis Colts
Wide receiver TY Hilton should play despite his troublesome ankle problem. Fellow wideout Ryan Grant is out with a toe injury and safety Mike Mitchell will also be missing. Defensive end Tyquan Lewis is doubtful with a knee injury.

Key stat
Indianapolis have won 13 of their last 16 games against Kansas City.

FIRST PUBLISHED 8:15PM, JAN 11 2019
A points line of 57 reflects the fact Mahomes and his opposite number Andrew Luck have thrown 89 touchdown passes between them this season