Indiana should last the pace at O2

Defensive woes are holding Denver back 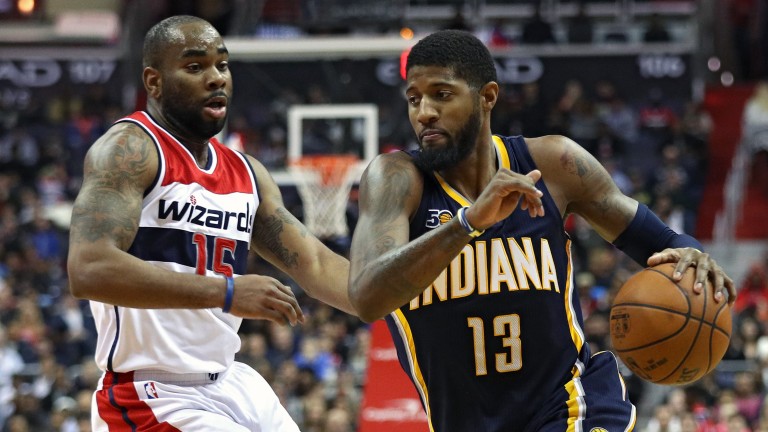 The seventh NBA regular-season game takes place at the O2 Arena in London on Thursday, with Indiana favoured to beat Denver.

Recent form appears to have been a major contributory factor to that as the teams have headed to London having suffered differing fortunes.

Indiana are fifth in the Eastern Conference having collected five successive victories, although it has to be noted that 15 of their 20 victories have come on their own court.

They have been free-scoring in their run, averaging 118.6 points - they have reached three figures in each of their last six outings - and it looks likely they will put in another impressive offensive performance, led by star man Paul George.

Denver, meanwhile, have lost seven of their last nine and have covered the handicap in just one of those matches.

Most worryingly, they have conceded at least 120 points in each of their last five matches and they have ceded home advantage for this clash, which could be telling.

The Nuggets play a mile above sea level and the switch to England is good news for the Pacers, who have lost on each of their last seven visits to Colorado.

Denver have been hit by key injuries to guards Gary Harris and Will Barton plusforward Kenneth Faried, and their run of defeats included losses to the big-hitting trio San Antonio, Golden State and Oklahoma City, so the situation may not be as desperate as it appears on paper.

Serbian forward Nickola Jokic and Italian Danilo Gallinari have stepped up and performed well, but there are defensive issues and it could pay to support the Pacers as 3.5-point favourites in a high-scoring encounter.