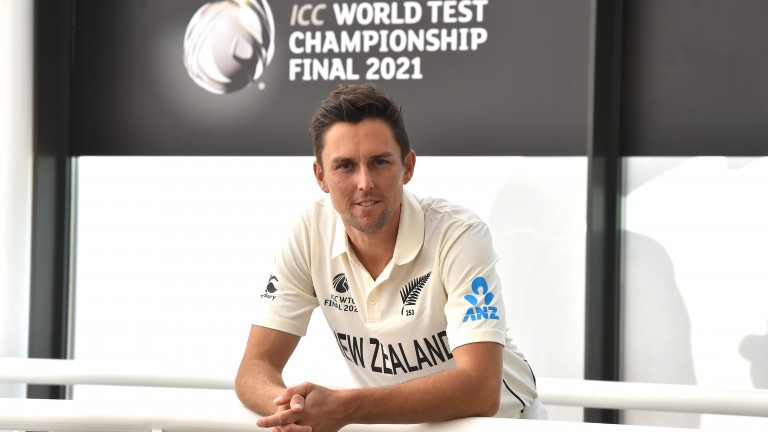 India's most recent Test match was an innings victory over England on a spin-friendly pitch in sweltering Ahmedabad but Virat Kohli's side face a totally different challenge in the World Test Championship final against New Zealand.

The two-year WTC cycle reaches its climax in a one-off decider at the Rose Bowl in Hampshire where, sadly, a soggy weather forecast means the draw has been punted into favouritism.

When play is possible, conditions would be expected to suit New Zealand better than India, especially as the Kiwis have had the benefit of a warm-up series against England.

They had the better of a rain-affected draw at Lord's, then made six changes to their 11 for the second Test at Edgbaston and still hammered their hosts by eight wickets.

Captain Kane Williamson and wicketkeeper BJ Watling, who is set to play his final Test match, should be fit to return and ace paceman Trent Boult is likely to come on for his run in Birmingham.

Boult missed the first Test due to quarantine regulations but he looked sharp enough at Edgbaston, picking up six wickets. Four of his victims were tailenders but he also worked over the well-set Rory Burns before dismissing the opener for 81 in the first innings and the left-armer is a tempting price to be man of the match.

New Zealand have a battery of in-form pace bowlers who could trouble India's batsmen given the lack of recent red-ball cricket played by Kohli's men.

One price that leaps out in the top India first-innings runscorer betting is the 8-1 about vice-captain Ajinkya Rahane, who is India's leading batsman during the WTC cycle with 1,095 runs.

That stat doesn't tell the whole story – opener Rohit Sharma is just 65 runs behind Rahane having played six Tests fewer in that time – but at the prices the middle-order man is well worth a bet.

He has a modest Test record in England but knows the Rose Bowl better than most of his colleagues, having played county cricket for Hampshire and reached 50 in three of his four Test innings at the ground.