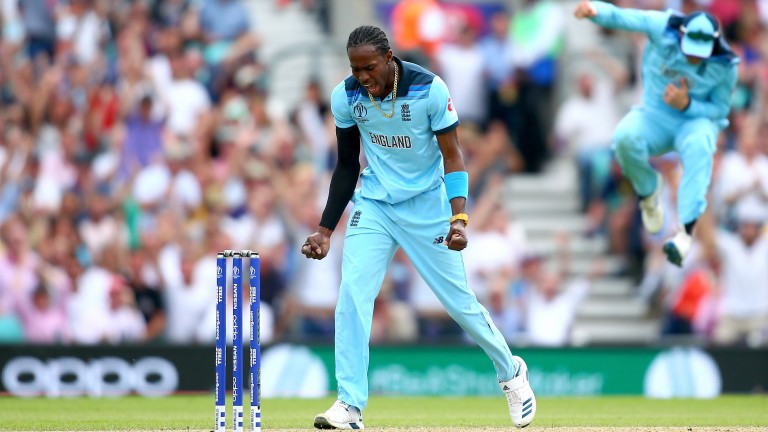 Jofra Archer can work his magic with the ball for England in Ahmedabad
Jordan Mansfield
1 of 1
By Liam Flin 6:30PM, MAR 13 2021

Free cricket tips, best bets and analysis for the second T20 international between India and England.

Spin was king in the Test series between India and England but pace was central to the visitors coming out on top in the first of five Twenty20 internationals between the sides in Ahmedabad.

England lost to India by an innings and 25 runs in the fourth Test at the Narenda Modi Stadium earlier this month but recorded an eight-wicket win over the Men in Blue on their return to the world's largest cricketing venue in the sport's shortest format.

The win will give Eoin Morgan's men, who sit top of the ICC men's T20 international rankings, great confidence heading into this year's T20 World Cup set to be held in India.

And while Jason Roy (49) got England over the line with a solid batting performance, it was the touring side's bowlers who set the tone.

Jofra Archer was the star performer with the ball, taking 3-23, while Mark Wood also looked sharp, exceeding 150 kilometres per hour at times.

Wood dismissed Shikhar Dhawan and is an excellent option to have in England's attack but Archer looks better equipped to make a breakthrough given Wood has failed to take more than one wicket in each of his last five T20 assignments.

The first T20's player of the match Archer looks a solid bet to take two or more wickets in this contest.

Virat Kohli conceded his side got their batting gameplan wrong in the first T20 and his own performances at the crease should be cause for concern.

India's skipper was dismissed for a duck by spinner Adil Rashid and he also failed to score at this same venue in the fourth Test earlier this month.

And his latest score of zero also means he has surpassed the 40-run mark in only one of his last seven T20 innings.

There is a quick turnaround between matches in this series and Kohli may not have time to attend to his game on a tricky pitch, so anticipate another underwhelming performance from India's captain.

Kohli's player performance line has been set at 35.5 by bet365 (one point per run, ten points per catch, 20 points per wicket,25 points per stumping) and he may struggle to reach that mark.