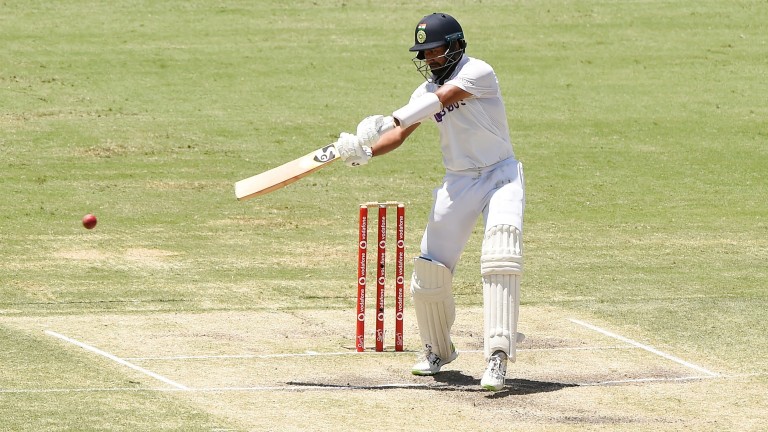 Free cricket tips, best bets and analysis for the third Test between India and England which starts on Wednesday in Ahmedabad.

India
Shubman Gill has been passed fit after being struck in the arm while fielding in the second Test. Umesh Yadav has been added to the squad and fellow fast bowler Jasprit Bumrah should return having been rested in Chennai.

England
Moeen Ali has returned home as part of England's rotation policy. Zak Crawley has recovered from a wrist injury and James Anderson, Mark Wood and Jonny Bairstow are also pushing for recalls to the 11.

India showed their appetite for a fight on their tour of Australia where they recovered from the humiliation of being bowled out for 36 in the first Test to win the series 2-1.

Bookmakers believe they are on their way to another impressive comeback, having roared back from their surprise defeat to England in the first Test in Chennai.

Virat Kohli's men produced a ruthless performance to win the second Test by 317 runs and they look solid favourites to take a 2-1 lead in the four-match series in Ahmedabad.

England's batsmen were routed by the Indian spinners in the second game as the tourists were bowled out for 134 and 164, with Ravichandran Ashwin, Axar Patel and Kuldeep Yadav sharing 17 of the 20 wickets to fall.

There is another dimension to the challenge facing Joe Root and his side in the third Test as it is a day-night contest featuring a pink ball and ace fast bowler Jasprit Bumrah is set to return for India.

England's highest individual score in the second Test came from Moeen Ali, who thrashed 43 off just 18 balls in the second innings as India closed in on a crushing victory.

Moeen also took eight wickets in the match, dismissing India captain Kohli and vice-captain Ajinkya Rahane in both innings, but he has returned home as part of England's rotation policy during a hectic year of Test cricket.

While England's batsmen toiled, India opener Rohit Sharma smashed 161 in the first innings and Ashwin made a century from number eight in the second innings, demonstrating the depth of batting talent in the home side.

Cheteshwar Pujara has fond memories of the last Test match in Ahmedabad, as he made unbeaten scores of 206 and 41 in a nine-wicket win over England in 2012.

Nine years later, Pujara remains a high-class batsman and he looked in fine form in the first Test, scoring 73 before a freakish dismissal, caught off a rebound off short-leg.

He looks a decent bet to top-score for India but it may be worth opposing England skipper Root despite his stunning start to 2021.

Root made first-innings scores of 228, 186 and 218 against Sri Lanka and India in his first three Tests of the year but he scored six and 33 in Chennai last time out, surviving a tight lbw review and a dropped catch in the second innings. The 4-6 about him not reaching 50 in the first innings is well worth a bet.