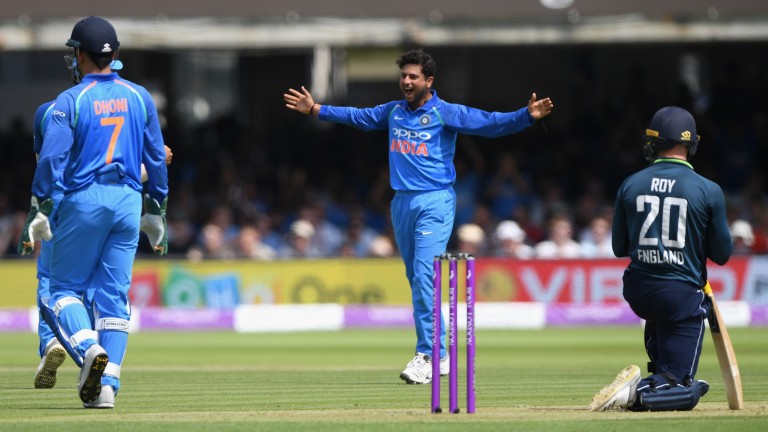 India are not used to losing at home in any format so their ODI series against Australia should be an intense contest after the Aussies won both Twenty20 internationals between the teams.

The 50-over series, which starts in Hyderabad, is an important part of the sides' preparation for this summer's World Cup in England and India are 8-15 to win the first of five one-dayers against Australia.

Glenn Maxwell's magical innings of 113 not out off just 55 balls sealed the tourists' Twenty20 series victory but their batsmen should face a tougher test in Hyderabad, where the Sunrisers – the city's IPL franchise – prospered on bowler-friendly pitches in 2018.

Chahal has 71 wickets in 40 ODIs, including 6-42 against Australia in Melbourne in January, while Kuldeep's strike-rate is even better with 77 scalps in just 39 games.

He routed England at Trent Bridge last summer, finishing with amazing figures of 6-25 from ten overs on a belting batting pitch, took eight wickets in three games in his last home series against the West Indies, and picked up four-wicket hauls in the first two ODIs in New Zealand in January.