Boxing day Test should be a Christmas cracker 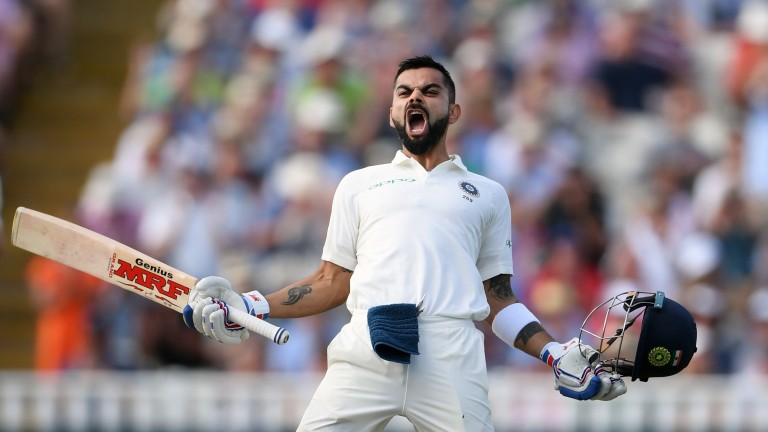 The four-Test series between Australia and India is bubbling up nicely at 1-1 and there is wide expectation that a pitch that offers some assistance to bowlers has been prepared at the MCG. Last year, Alastair Cook's drawn-out 244 not out in Melbourne ended Australia's hopes of back-to-back home Ashes 5-0 triumphs.

The Baggy Greens finally gave their fans something to savour in Perth with their victory after nearly nine months of turmoil following the ball-tampering scandal in Cape Town so they won't want the pressure to be released with a flat track.

It is no secret that most of India's top order are struggling for runs and they are battling injuries too, while skipper Virat Kohli will surely be the target of more verbals in a bid for distraction.

However, Kohli is stubborn mentally as well as a classy strokemaker and is worth backing to be his team's top first-innings scorer. He dug out 124 in the first innings in Perth and needs 83 in the Boxing Day Test to claim the national record for the most runs overseas in a calendar year. Four tons, four fifties and 1056 runs in ten Tests in South Africa, England and Australia is a remarkable tally.

Sri Lanka secured a sensational draw in Wellington on Tuesday when rain completed the job started by the unbroken partnership of 274 between Angelo Mathews and Kusal Mendis.

And while 4-9 New Zealand should dominate proceedings again in Christchurch, Mathews looks worth a wager to follow up his 120 not out with a fifty in the Lankans' first innings.

Mathews hit 83 in the first innings at the Basin Reserve too and seems to have emerged from the doldrums that cost him his limited-overs place. In last month's home Test series with England, he cracked three fifties in six knocks and made 128 not out in the warm-up game in Napier. On his last five-day visit to Hagley Oval, Mathews made 50 and 66 in an eight-wicket defeat.

South Africa are down to three fit frontline fast bowlers so punters should not contemplate short odds about a home win in the first of their three Tests with Pakistan even though they have won seven of their last eight five-dayers at Centurion.

Instead, take the 11-4 about destructive Proteas keeper-bat Quinton de Kock scoring a first-innings fifty. If getting a start, De Kock does tailor the tone of his Test knocks to the match situation and he has hit a ton and two fifties in his last six format SuperSport Park.