Preview and best bet for the first ODI in Sydney 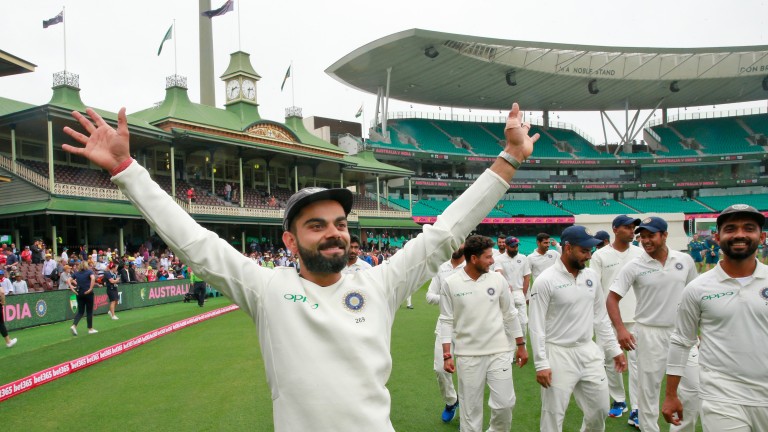 Australia suffered a first home Test series defeat to India and they look unlikely to avenge that loss when the three-match ODI series begins in Sydney.

The Aussies have lost their last five bilateral 50-over series including 4-1 and 5-0 drubbings by World Cup favourites England and a 4-1 loss in India in September 2017.

Australia's ODI squad has been dramatically overhauled since November's 2-1 home defeat to South Africa but there must be doubts over the confidence of Shaun and Mitchell Marsh, Aaron Finch and Peter Handscomb, all of whom have been dropped for the upcoming Test series against Sri Lanka.

A lack of self-belief shouldn't be an issue for India, who are 11-4 to claim a 3-0 clean sweep in the series.

Ace paceman Jasprit Bumrah has been given a breather but veteran wicketkeeper-batsman MS Dhoni joins up with a group of players buzzing after their excellent effort in the Test series.

The old firm of Shikhar Dhawan and Rohit Sharma will be reunited at the top of the order to face an Australia attack missing rested quicks Mitchell Starc, Josh Hazlewood and Pat Cummins.

India have been well backed for the first ODI and skipper Virat Kohli, a titan of the 50-over format, should lead by example.

Kohli's vast appetite for runs wasn't entirely sated by the Test series, in which he scored one century and one fifty in seven innings, and that could spell trouble for Australia in the ODIs.