India can make fast start to tour of Australia in Brisbane 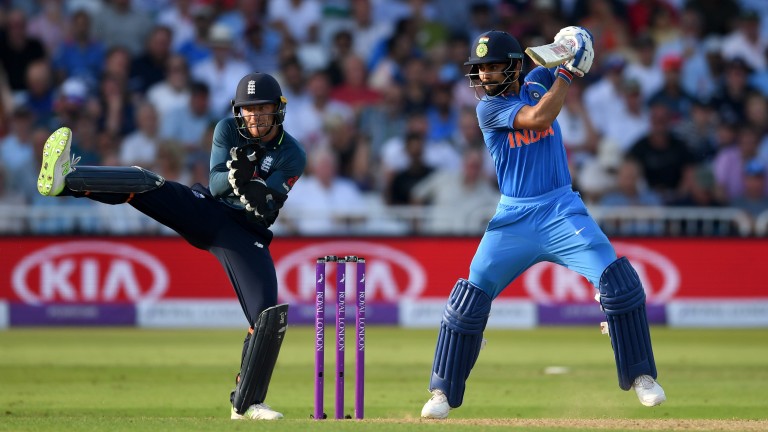 India can defy an expected barrage of bouncers to win their first T20 with Australia in Brisbane and are also worth a wager to take the three-match series.

Australia quick Nathan Coulter-Nile has said they plan to target India opener Rohit Sharma and his instinctive use of the pull shot after they dismissed him twice cheaply in the drawn T20 series on the subcontinent last year.

And Sharma is not the only tourist whose technique can be suspect against the short ball. However, the Green and Golds have won only one of the last seven meetings between the teams, taking in two World T20 clashes and a 3-0 India triumph on their 2015-16 trip to Australia.

Sharma is far from India's sole stellar performer with the bat in the format. There is captain Virat Kohli, of course, while Rohit's regular partner Shikhar Dhawan is proving super-consistent.

And it is from a position of strength in the middle order that MS Dhoni was left out of the squad for their 3-0 series success over West Indies last month and this series. Rishabh Pant and Dinesh Karthik are dependable with the gloves and dynamic with the bat.

India's spinners can thrive on all surfaces - Kuldeep Yadav was at the heart of their 2-1 series win in England in the summer - and their seam and swing options should not be underestimated.

If afternoon showers linger or spice up the Gabba pitch then Umesh Yadav, Bhuvi Kumar and Jasprit Bumrah will be a threat, while all-rounder Hardik Pandya took six wickets in the three games against England.

Australia, who lost a ten-over thrash against South Africa on the Gold Coast on Saturday after being beaten in their ODI series, are once again without their Test players and skipper Aaron Finch may finally be feeling the pinch of carrying the batting in the ongoing absence of Steve Smith and David Warner.