Inconsistent Fognini may be vulnerable in Roland Garros opener

Tiafoe is a dangerous rising star 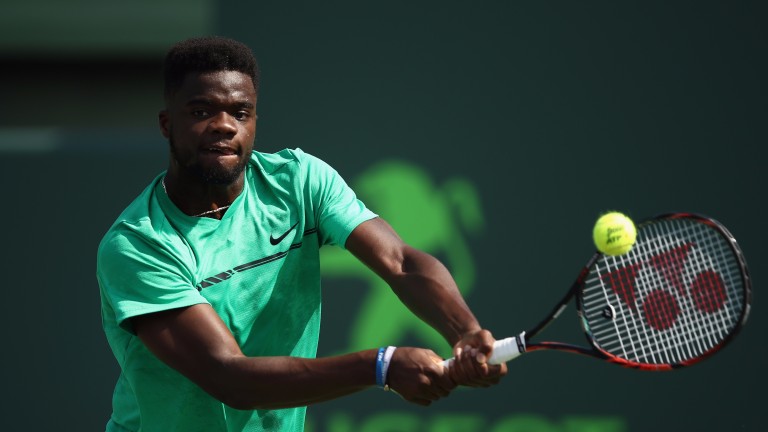 It's the second day of the Roland Garros extravaganza and a chance to see some of the bigger names of the sport on the grand slam stage.

Milos Raonic, Novak Djokovic and Rafael Nadal should progress to the second round with relative ease, so it seems sensible to look elsewhere for some value.

Alexander Zverev, fresh from his first Masters win in Rome, will be fancied by many to progress to the later stages despite playing Fernando Verdasco, who is a worthy adversary and could be worth backing in the handicap market.

However, the first genuine match to appeal is Frances Tiafoe against Fabio Fognini. If the Fognini of his encounter with Andy Murray in Rome turns up then he’ll be very hard to beat but he is largely inconsistent and his record in grand slams is nowhere near good enough for a player of his ability.

The Italian went out in the first round last year to Marcel Granollers and it could be the same story this time, with youngster Tiafoe taken to come of age.

The American has long been on the list of next-generation stars to follow and his performances this year have confirmed that suspicion. Recent wins against Jeremy Chardy and Reilly Opelka represent strong form and this could be the chance for him to really make his mark.

Since beating the enigmatic Lucas Pouille in Madrid, Pierre-Hughes Herbert has looked rather out of sorts and doesn’t come into this tournament with the best preparation.

Conversely, his opponent Jared Donaldson has beaten some decent clay-court players in the last couple of months and heads to Roland Garros following a strong performance against a resurgent Kevin Anderson.

The only time these two players have met, Donaldson came out on top, and the same can be expected to happen again.

In the women’s draw, it may well be worth taking advantage of Lucie Safarova’s drop in form with the improving Veronica Cepede Royg.

The Paraguayan has won four of her last five matches on the surface, with the only defeat coming against the powerful Marketa Vondrousova, and she can take another step up the ladder. She has a bit to find on Safarova’s best, but the Czech may well not be at the top of her game and is worth taking on.

It didn’t take long for the first upset of this year’s French Open to arrive as top seed and world number one Angelique Kerber was sent packing in straight sets by Ekaterina Makarova.

Kerber was 8-15 to progress but was clinically dispatched 6-2 6-2, while another seed has also gone from the first quarter of the draw as Roberta Vinci was beaten by Monica Puig.