McHale may take Spaniard the distance in Strasbourg 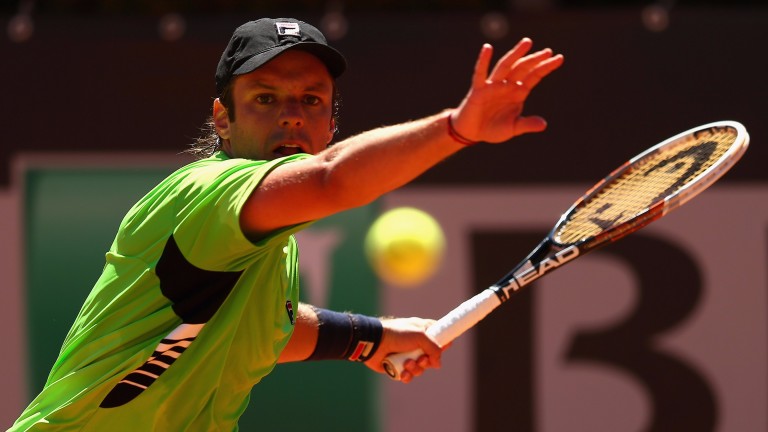 Veteran Horacio Zeballos has excelled on his favoured clay surface in recent weeks and the in-form Argentinian should reward favourite- backers by brushing aside Dusan Lajovic in the opening round of the Geneva Open.

Zeballos’ form has scaled great heights since turning 32 last month and a semi-final berth in Barcelona, where he unsurprisingly found the resurgent Rafa Nadal too determined, indicates his capabilities under the right conditions.

He won his sole ranking title on the slower surface four years ago and showed he retains plenty of ability by taking down Joao Sousa, Benoit Paire and Karen Khachanov on the way to his defeat by Nadal.

Zeballos continued his revival in Munich a fortnight ago. The veteran reached the last eight and claimed the scalps of Andrea Seppi and home hope Philipp Kohlschreiber before being edged out in a deciding set tie-break by talented compatriot Guido Pella.

Even on that form alone Zeballos rates a good bet but he arrives fresh and the two-week layoff should wipe away any concerns surrounding his busy schedule.

Little in Lajovic’s recent clay form suggests he can upset an in-form Zeballos, who has lost just three of his last 11 clay outings.

The Croatian was hammered 6-1 6-1 by French youngster Bonzi Benjamin in the quarter-finals in Bordeaux last week and this will be much tougher.

Carla Suarez Navarro will undoubtedly have one eye on next week’s French Open and she may need time to fight off American challenger Christina McHale in her second-round match in Strasbourg.

The Spaniard was a first-round casualty in Rome last week, losing in three sets to Lauren Davis, and is performing way below her brilliant best on her favoured terrain.

Suarez Navarro was beaten in the last 16 in her home tournament in Madrid by the hard-hitting Coco Vandeweghe and dropped a set in wins over Caroline Wozniacki and Shuai Peng prior to that.

The world number 22 should win but she is far from bombproof with Roland Garros fast approaching and McHale should be supported to take the match the distance.