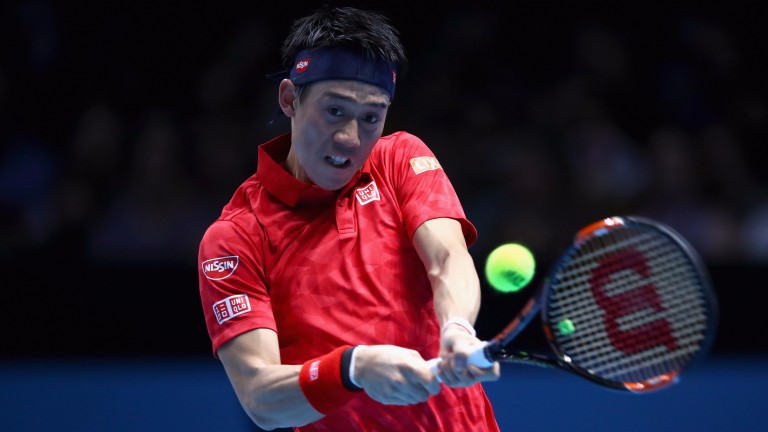 Andy Murray is back in action on Thursday afternoon at the ATP World Tour Finals following Monday’s straight-sets victory over Marin Cilic and the newly-crowned world number one is a typically warm order at 1-3 to maintain his perfect record against Kei Nishikori.

The Japanese player will be confident of causing a shock though, as he eased to a win against an out-of-sorts Stan Wawrinka in his opening contest and he also edged Murray in a thrilling quarter-final five-setter at the US Open in their most recent meeting.

But Murray has simply looked on another level in the last few weeks, which he demonstrated when readily accounting for Cilic on Monday.

While the Croatian was typically competitive, Murray played his best tennis on the key points. The Scot saved four of five break points on his own serve and won as many on his opponents’ delivery as he forced Cilic into a number of errors.

Nishikori was in great form against Wawrinka – dominating on the serve – but the US Open champion was nowhere near his best, allowing the Japanese to be the aggressor throughout the contest.

Murray won’t allow him to control the match but the world number five will take heart from his record against the Brit – one of his two wins came at this venue.

Murray has never won all three round-robin matches at the O2 and Nishikori appeals on the handicap with a 4.5-game headstart.

In the evening match, vanquished pair Marin Cilic and Stan Wawrinka meet and the Croatian is likely to have the edge over the Swiss if they both play to a similar level as they did in their Monday matches.

Considering their respective abilities, Wawrinka has a remarkably dominant record over Cilic, leading 10-2 in their head-to-head battle and undefeated since the 2010 Australian Open.

Money has come for Cilic – due to Wawrinka’s lacklustre performance on Monday – but it might not be so straightforward for the Croat and the value call may be backing it to go to a deciding set at 11-8.

The Frenchman’s Tour Finals fate rested in the hands of Novak Djokovic and Milos Raonic, who faced off last night.