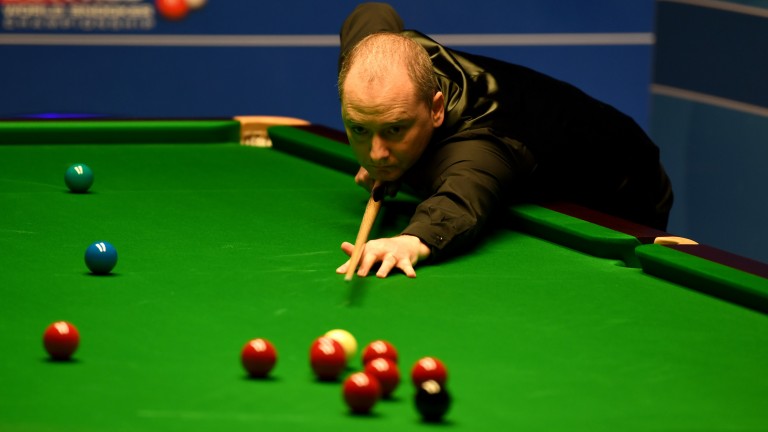 Graeme Dott is enjoying one of his best campaigns for some time and the former world champion can showcase his talent with victory over Mark Joyce in the opening round of the China Open.

The Scot landed the Beijing showpiece 11 years ago and his performances this season have suggested he is operating at somewhere near that level again.

Dott has made the finals of the Coral Shoot Out and the German Masters this season and although both ended in defeat, it shows what he is still capable of when in the groove.

The 40-year-old was dumped out in the second round of the Welsh Open and fell at the first hurdle in the Ladbrokes Players Championship but both reverses came against the rejuvenated Ronnie O’Sullivan and Joyce, who has lost his last three matches, isn’t in the same bracket.

Joyce has the ability to trouble snooker’s elite on his day but confidence is low and he looks set for another first-round exit having lost in the opening round in Wales and Gibraltar.

The first-to-six-frames format should see class prevail and 4-5 about Dott doing the business could be generous.