Fu can also challenge with playing conditions to suit 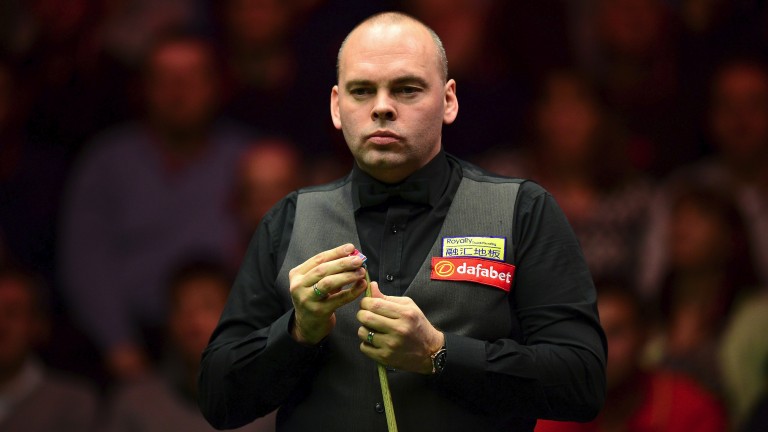 Stuart Bingham's performances have hinted at a return to the winner's enclosure
Dan Mullan
1 of 1
By Aaron Ashley 1:52PM, FEB 6 2017

The Ladbrokes World Grand Prix makes the transition from Llandudno to Preston this year and the change of scenery could help 2015 world champion Stuart Bingham go one better from last term’s narrow final defeat to Shaun Murphy.

Last year’s runner-up has been knocking at the door in plenty of ranking events this season and Bingham goes to the Guild Hall having reached the last four in last week’s German Masters.

Runner-up in the China Championship earlier this season, Ball-Run has not lifted a major trophy since his memorable triumph at the Crucible almost two years ago.

However, he has reached the semi-finals this season in the Coral English Open, the Shanghai Masters and the International Championship, suggesting his return to the winner’s enclosure is overdue.

Bingham’s route to the tournament’s latter stages is unlikely to be easy, but he is one of the best breakbuilders on tour and quotes of 33-1 may seriously understate his chance in Preston.

The second quarter looks tricky, with five of the eight players ranked in the world’s top 16 present. Ronnie O’Sullivan, Judd Trump, Kyren Wilson, Barry Hawkins and Neil Robertson all compete for a place in the last four, where world number one Mark Selby could be waiting.

With that in mind, targeting the bottom half of draw, where Bingham is berthed, may be a wise approach. Marco Fu was knocked out in the second round of last week’s German Masters but the tough conditions at the Tempodrom may not have suited his attacking style and a better showing is expected in Lancashire.

Fu is the highest-ranked cueman in the third quarter and if the Hong Kong ace is in the same form which helped him nail the Coral Scottish Open title in December and reach the last four of the Masters last month, then 25-1 is simply too big. The early 28-1 has already been snapped up.