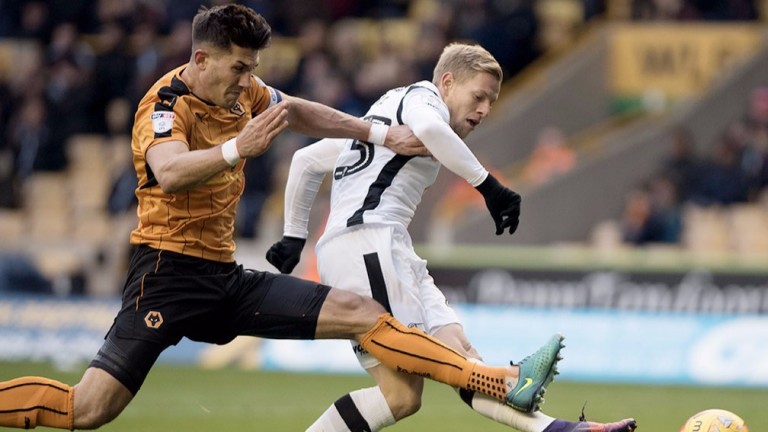 New owners Fosun Inter­national are already on their third manager, Paul Lambert, who has had six weeks in the Wolves dugout.

Lambert has used 20 different players in the five matches he has been fully in charge (he conducted a watching brief for the early-November 3-2 loss at home to Derby) and is likely to rotate his squad again as he continues the search for a winning formula.

However, Lambert has settled on a preferred centre-back partnership – Richard Stearman and Danny Batth – and is getting the best out of key attacking midfielder David Edwards, who has netted twice in his last three games.

There is plenty more room for improvement but Wolves have looked a dynamic side in patches, most notably when coming from 3-1 down to draw 4-4 at home to Fulham last Saturday, and today’s opponents are there for the taking.

Forest are going through a change of ownership with a US consortium led by John Jay Moores reportedly close to doing a deal with current chairman Fawaz Al-Hasawi.

The uncertainty has hindered Forest manager Philippe Montanier, who must be wondering whether he will fit into the club’s future plans.

Montanier could do with a few wins to bolster his position but must make do without injured duo Henri Lansbury and Britt Assombalonga, who have bagged six goals each this season.
Their absence takes away a large portion of Forest’s attacking threat.

Their defence is notoriously unreliable – they have conceded 37 goals in 21 league matches – and they may be let down at the back again.

Oxford have failed to win on the road in League One since October, but they are on a seven-match unbeaten run and have a great chance today.

Chesterfield v Bolton
Bolton looked an accomplished side when defeating Gillingham 4-0 in front of the Sky cameras on Monday and they can maintain their League One title push with a victory at second-bottom Chesterfield.

Phil Parkinson often builds his teams from the back and his Bolton side have the best defensive record in the division – 12 goals conceded in 21 league games.

However, the Trotters are looking polished in attack with Zach Clough and Newcastle loanee Sammy Ameobi performing at close to the peak of their considerable abilities.

In their current frame of mind, Bolton would fancy their chances of beating anyone in the division.

They should be far too strong for Chesterfield, who have lost nine of their last 11 league fixtures. 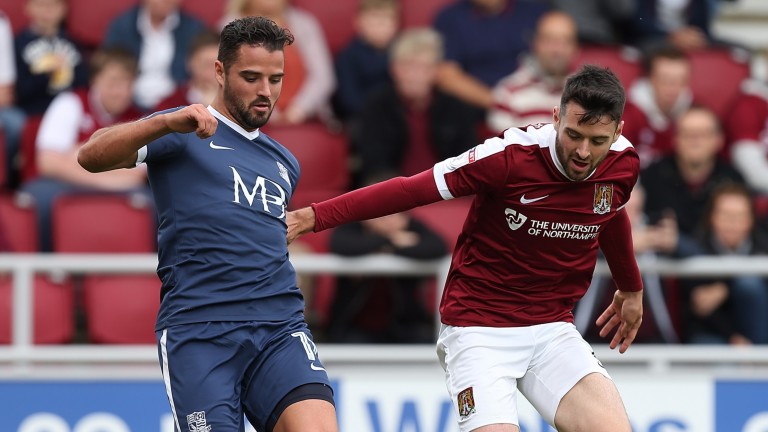 Oldham v Southend
Southend have left their indifferent early-season results behind them and can press their League One playoff claims further with a victory over third-bottom Oldham at Boundary Park.

Oldham are through to the third round of the EFL Trophy after Tuesday’s 3-1 win at Walsall but haven’t won in the league for eight weeks.

The Latics are the lowest scorers in the division with 12 goals and could be outgunned by a Shrimpers’ side on a six-match unbeaten run.

AFC Wimbledon v Port Vale
Wimbledon were gutted to lose 1-0 at bitter rivals MK Dons last Saturday but they can get their League One playoff push back on track by beating Port Vale at Kingsmeadow.

The Wombles are a hard-working, physical side who cause lots of problems with their power and pace in attack.

They have scored 13 goals in their last four home games and are likely to overpower 15th-placed Vale, who have won just one of their last nine league fixtures.