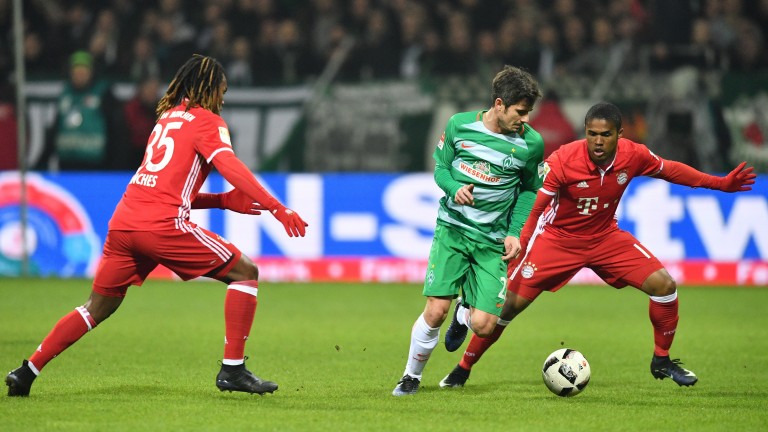 Augsburg v Werder Bremen BT Sport 2, 2.30pm
Augsburg's home record is modest - just two wins in nine games - but they are keeping themselves out of trouble by beating the teams around them, such as Werder Bremen.

All five of their league victories have come against clubs who started the weekend below them in the table but Werder, who lost narrowly to Bayern Munich and Borussia Dortmund in their last two outings, have shown signs of improvement.

Eintracht Frankfurt v Darmstadt BT Sport 2, 4.30pm
Bottom club Darmstadt ended a run of eight straight defeats by holding Borussia Monchengladbach to a goalless draw but it was business as usual last weekend as the strugglers were thumped 6-1 at home by Cologne.

The trip to high-flying Eintracht Frankfurt is unlikely to offer much respite and the hosts, unbeaten at home despite a tough run of fixtures, should win comfortably.