Progressive Cowdenbeath should go in again 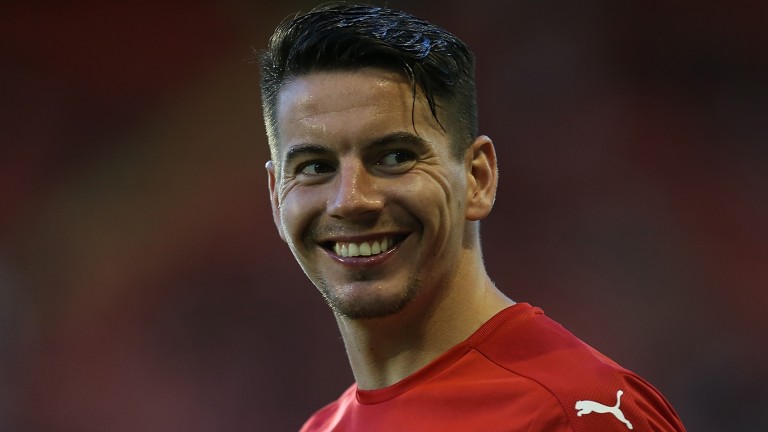 St Mirren won in the league last week for the first time since the opening day of the season and they can follow it up with a victory against fellow Ladbrokes Premiership strugglers Hamilton.

The Paisley side have had a nightmare season after manager Jack Ross left for Sunderland in the summer.

The hapless Alan Stubbs took apart a promotion-winning team and his replacement Oran Kearney has found it tough to regain their confidence.

But there were signs in last week's deserved 2-0 home win against Hearts that Saints are improving.

The former Barnsley duo of Adam Hammill and Simeon Jackson have linked up encouragingly and if they can get Hammill fully match fit, they have a player who should be playing at a higher level.

The Accies are in their perennial fight against the drop and they do have a habit of digging out unexpected, priceless wins even when outplayed, as was the case when they beat Livingston at home against the run of play.

But Martin Canning's side have shown plenty of distress signs this season and Saints can take a giant leap to safety if they can beat their Lanarkshire rivals.

Cowdenbeath have been Scotland's joke team for the past two seasons, but they are a club reborn this term and can plunge Albion to new depths in Ladbrokes League Two.

The Blue Brazil have escaped relegation twice in the playoffs, but they are a side on the up having won three games in a row without conceding a goal against the likes of Annan and Queen's Park, who had both been being going well.

New Rovers manager Kevin Harper is in charge of a side who have won once and drawn once in 19 games in all competitions this season.

The Fifers should probably be a shorter price than they are, assuming Cliftonhill survives the incessant downpours this week.

Stirling have improved under new manager Kevin Rutkiewicz and they can beat Elgin in the same division.

Elgin had to make the exact same journey last week when they also had to play at Forthbank and beat Stirling University in the William Hill Scottish Cup.

But they might find the Binos an altogether different proposition.

Albion are unbeaten in three and defeated Berwick at home and drew at Clyde and Annan.

They also defeated Elgin 3-0 in the Highlands with a weaker team and may have too much for City, who have slumped in the league.