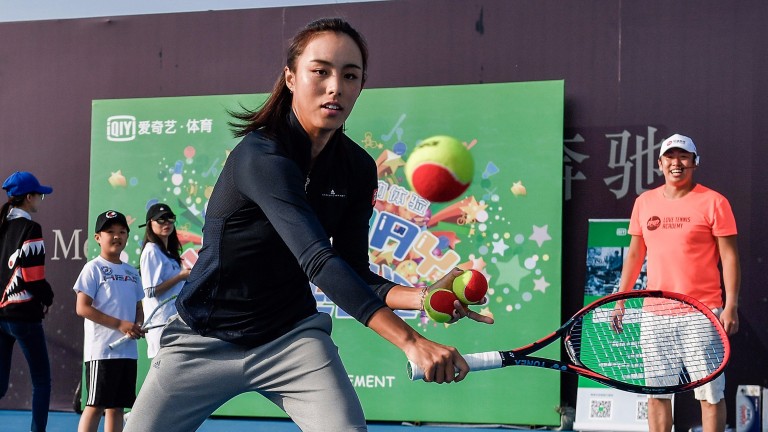 Qiang Wang should frank rank over her Thai opponent in Hong Kong
Etienne Oliveau
1 of 1
By Adrian Humphries 8:00PM, OCT 11 2017

Qiang Wang was recommended as each-way value for the Hong Kong Open and the Chinese player may offer the best match value on Thursday.

In the last 16 she crosses swords with Luksika Kumkhum at 8am UK and Ireland time and with Qiang making big strides this year and the Thai often struggling in hallowed company, the selection ought to prevail.

Qiang has won their last five meetings, all in straight sets, but Kumkhum enjoyed the better of it in the first two outings in their personal series.

Betfair and Paddy Power were happy to take on Qiang from the outset – Betfair were one of the first bookmakers to issue an outright show and both firms quoted her at three-figure prices.

They reckon Kumkhum is not without a shout and quote the market leader at 4-9 to progress.

The same firms are also best about the favourite triumphing in straight sets – none of their seven previous clashes have gone to a decider – and make Qiang 11-10 to do so when others quote her at a shade of odds-on for a quick win.

Kumkhum capturing at least a set cannot be ruled out, so with total-games handicap markets therefore also risky, punters may find a straightforward win bet the wisest move.

In the ATP Shanghai Masters, Rafael Nadal's reward for a stunning 6-2 6-1 dismissal of Jared Donaldson is a date with Fabio Fognini. There have been occasions when Fognini would have been capable of lowering the Spaniard's colours, but Nadal is playing so well that a decisive win looks likely.

Eurosport 2 are showing live coverage of the WTA Linz tournament from 3pm on Thursday.