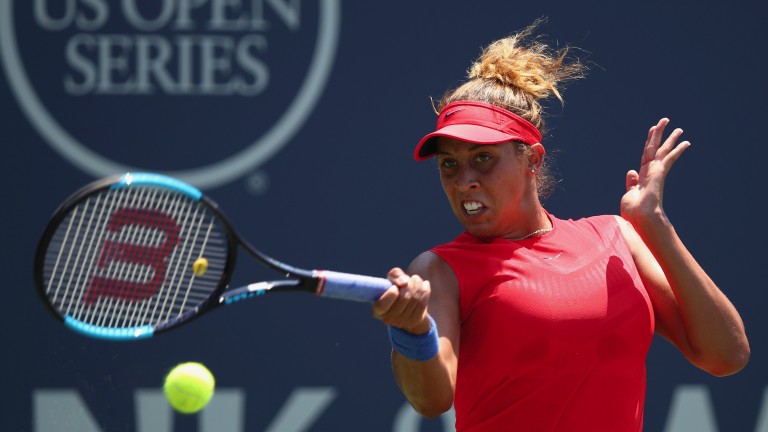 Madison Keys has won both meetings with Coco Vandeweghe this term
Ezra Shaw
1 of 1
By Aaron Ashley UPDATED 5:24PM, SEP 7 2017

Six-time US Open champion Serena Williams is absent from the final Grand Slam of the season but Americans are still all the rage as all four women's semi-finalists represent the States.

And for Vandeweghe or Keys it would be the first time they have had the chance to compete for Grand Slam success.

Keys, three years younger than compatriot Vandeweghe, was said to be a champion in the making when reaching the last four of the Australian Open as a teenager in 2015 but injuries have halted her progress and she has taken time to return to her best.

However, the 22-year-old has been in excellent form going into her home slam and on recent evidence she has the beating of Vandeweghe.

Keys outclassed her powerful compatriot 7-5 6-4 in the final of the Stanford Open last month and franked the form a fortnight later with an equally impressive deciding set win in Cincinnati.

Of course, the pressure of a Slam may bring the pair closer together but Vandeweghe's short fuse can often ruin her chances and Keys without doubt has a better temperament.

Vandeweghe was fautless in claiming the scalp of Karolina Pliskova in the last eight but the world number one had already been made to come from a set down to defeat Nicole Gibbs and Shuai Zhang and the result may not be as good as it looks.

Expect plenty of tight points but Keys is the classier operator and she should eventually wear down Vandeweghe.