Improving England attack can put limited Lithuania to the sword 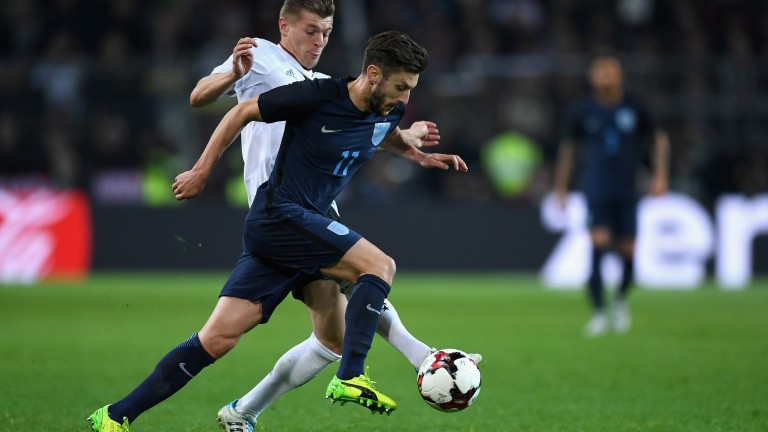 Gareth Southgate's Wednesday night teamsheet was met with scorn by England's army of online critics, but a composed performance in Germany vindicated the new Three Lions manager and offered encouragement to supporters.

None of Southgate's big calls went awry. His 3-4-3 formation is a natural fit for a squad blessed with attacking wing-backs but lacking dominant central defenders, Michael Keane impressed on his debut and while Jake Livermore didn't deliver a compelling argument for full-time inclusion, his solid display did at least prompt the discussion.

Critics were quick to point out that England still lost to a largely experimental side playing at testimonial pace for 45 minutes. But England were weakened themselves and at no point were they put under concerted pressure, even if Germany did balance the contest with an improved second-half performance.

It was not a perfect display by the Three Lions but did mark clear progress. England must be more clinical, but their slick movement and sparky adventure in the final third opened up the world champions time and again. And this was not a makeshift German defence but one made up of three regulars and one first-choice back-up, shielded by Real Madrid superstar Toni Kroos.

England's midfield should have closed down Lukas Podolski before his match-winning strike and a misjudgement from Keane allowed Leroy Sane a run on goal, but overall the Three Lions' defence looked remarkably assured.

Above all, Southgate is fast proving himself to be a worthy choice as England manager - not afraid to make tough decisions and quick to address the limitations of his squad.

What he has at his disposal should be more than enough for a Lithuania side who sit deep and try to soak up pressure against superior opposition, but emphatically failed to do so in their last two outings, losing 4-0 to Slovakia and 3-0 to Czech Republic.

The visitors do offer some threat, with captain and leading marksman Fedor Cernych scoring 15 goals in 27 appearances this season. But the Jagiellonia forward was anonymous when starved of service against Slovakia and has only scored once against a leading football nation, netting against Switzerland in 2015.

Dan Sait is football editor of the Racing Football Outlook, out every Tuesday