Improving Cherries may not be picked off by Liverpool 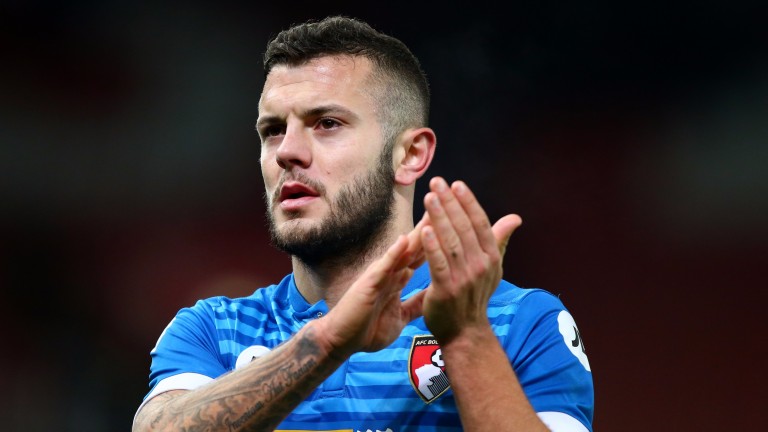 Liverpool have had to show patience in recent matches and they may once again need perseverance if they are to take all three points at Bournemouth.

The Reds are odds-on to win at Dean Court and their task looked tricky even before Philippe Coutinho's ankle injury which robs Liverpool of their best player for at least a month during a hectic schedule.

With Coutinho crocked, Roberto Firmino and Adam Lallana only just returning from injury and opposition sides starting to show Liverpool genuine respect, the Reds may need to show a different side to their game if they are to highlight their title credentials.

Bournemouth have often struggled in matches against the big boys but backing the time of the first goal to arrive after 24 minutes gives punters the protection should Liverpool's extra class eventually tell.

Jurgen Klopp's men steamrolled opponents earlier in the campaign, although managers will have studied the tapes and started to come up with plans to make the Reds less rampant.

Southampton's defensive wall helped to grab a 0-0 draw, Sunderland held out for 75 minutes last week at Anfield and Sky Bet Championship team Leeds were level for 76 minutes before Liverpool booked a spot in the EFL Cup semi-finals.

Divock Origi was the man to break the deadlock in the last two outings, while even when Liverpool scored six against Watford it took 27 minutes for the floodgates to begin to open.

Liverpool won all three meetings between these teams last season, but it took 26 and 41 minutes before they led in the Premier League outings and Bournemouth are a bit more streetwise this term.

Eddie Howe's side were on the wrong end of some heavy beatings last season, suffering six defeats to Arsenal, Tottenham and Manchester City by an aggregate scoreline of 21-2, but a 0-0 home draw with Spurs this term hinted at a slight change in attitude.

Bournemouth kept only four clean sheets at home last season in the Premier League but they have already shut out the opposition three times this term and are tough in midfield.

Howe has also added genuine quality in the form of loan-signing Jack Wilshere and the Cherries will be kicking themselves for losing 3-1 at Arsenal last week having allowed only three shots on target.

Wilshere sat out that game against his parent club but returns against the Reds and if he can keep the ball as well as he usually does then Liverpool's relentless press could be negated.

Callum Wilson's pace and effort will mean Liverpool need to be aware of Bournemouth's ability to pinch something on the break and this could be tighter than the short odds for over 2.5 goals suggest.

Team news
Bournemouth
The Cherries are hopeful that Artur Boruc, Charlie Daniels and Junior Stanislas will be fit but Andrew Surman is unlikely to figure. Jack Wilshere returns.

Liverpool
Adam Lallana and Roberto Firmino have returned to training but Daniel Sturridge and Philippe Coutinho are out.