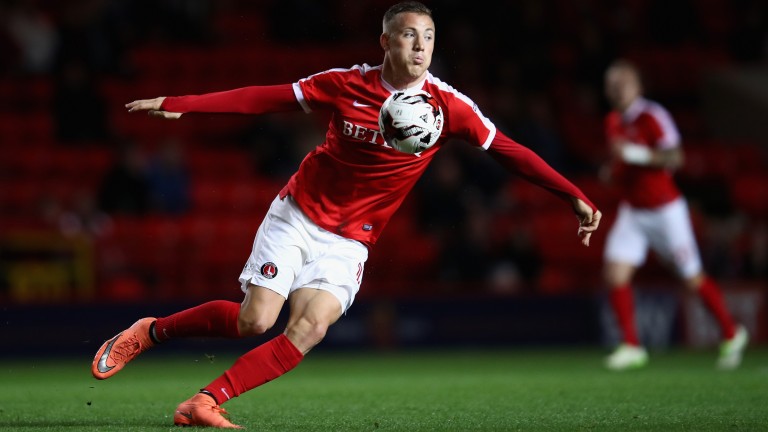 Fredrik Ulvestad of Charlton could be celebrating three points this weekend
Julian Finney
1 of 1
By James Milton 7:50PM, NOV 11 2016

Only two teams have suffered fewer defeats than Charlton in Sky Bet League One this season yet the Addicks kick off the weekend down in 14th place.

They are struggling to put away teams – three penalty misses haven’t helped matters – and have drawn eight of their 15 league matches, including five out of seven on the road.

However, today’s noon kick-off at Swindon looks an ideal opportunity for Charlton to take three points rather than their all-too-customary one.

Tim Sherwood arrived as director of football on Thursday although Swindon chairman Lee Power claimed that the appointment doesn’t reflect a lack of faith in his manager.

“It’s not a demotion for Luke Williams,” Power said. “He’ll be head coach still. Tim will be running training alongside Luke.”

It may take time before Swindon supporters start seeing the benefits of that shake-up and Robins fans are smarting after a run of five defeats in six home league games.

They were thumped 4-1 at leaders Scunthorpe in their
last league outing – Charlton beat Scunny 3-1 in the FA Cup last weekend – and Swindon face a tough task today.

Charlton are missing their highly-rated young forward Ademola Lookman, who is away with England Under-20s, but Nicky Ajose – favourite to score first against the club he left in the summer – and Lee Novak are a sharp front two at this level.

Russell Slade’s men are solid at the back and have scored important late goals in their last two league outings, with Ajose equalising in injury-time at Gillingham and Novak hitting an 86th-minute winner against Chesterfield.

The pair should get chances against a leaky home defence and Charlton could kickstart their charge up the table.

Team news
Swindon
Sean Murray and Nathan Thompson are doubtful for the Robins, who shuffled their pack against Exeter in the EFL Trophy on Tuesday.