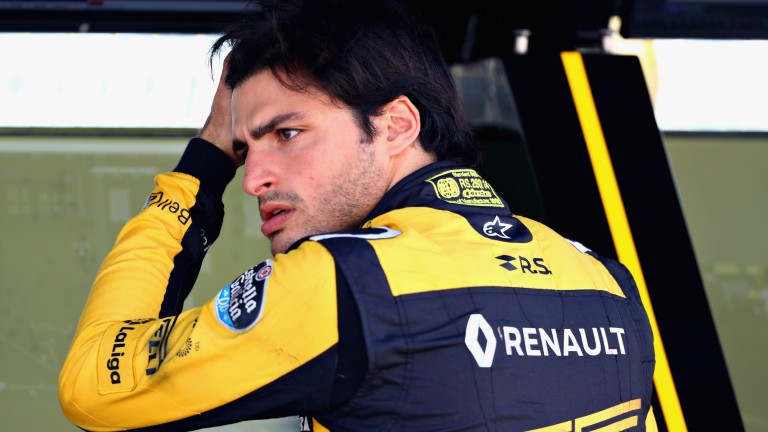 The Formula One midfield is traditionally the most competitive area of the grid and this year looks like being no different.

It seems inevitable that Force India will fall from the fourth place in the constructors list they have occupied for the last two years so Sky Bet's 'without the big six' (the Mercedes, Ferrari and Red Bull drivers) market looks interesting.

However, despite a positive end to testing, McLaren's reliability looked little better with their new Renault engines than it had with Honda and there may be value lower down.

Carlos Sainz scored 48 of Toro Rosso's 53 points last season and his move to Renault late in the campaign should see the Spaniard regularly scoring decent points this year.

His teammate Nico Hulkenberg is as solid as they come but Sainz is potentially a bit special and is expected to be top dog at an improved Renault team.

At much bigger odds, Haas have caught the eye as they embark on their third season as a Formula One constructor.

Kevin Magnussen has earned a reputation as a fierce competitor but his more experienced teammate Romain Grosjean is a better qualifier and more consistent. He is worth a small bet to be best of the rest.

Sebastian Vettel won five races last year and led the championship for the first 12 events, but he could struggle to match that achievement. Indeed, his wins in Monaco and Hungary were gained after he was shown apparent preferential treatment over his Ferrari teammate Kimi Raikkonen.

Betway are offering odds on certain drivers to race in F1 in 2018 with Robert Kubica the 5-2 favourite.

On merit the Williams reserve probably deserves a chance over Sergey Sirotkin and Lance Stroll, but that pair bring so much money to the team it seems unlikely they would be replaced.

Sauber third driver Tatiana Calderon might be the best value of the bunch at 8-1, since Charles Leclerc would presumably be called up to Ferrari if anything happened to one of the Scuderia's regular drivers, leaving a spare seat at the Swiss team.

Quoting the Colombian at the same price as the less talented former GP3 racer Carmen Jorda, who is not even currently with an F1 team, is something of an insult.