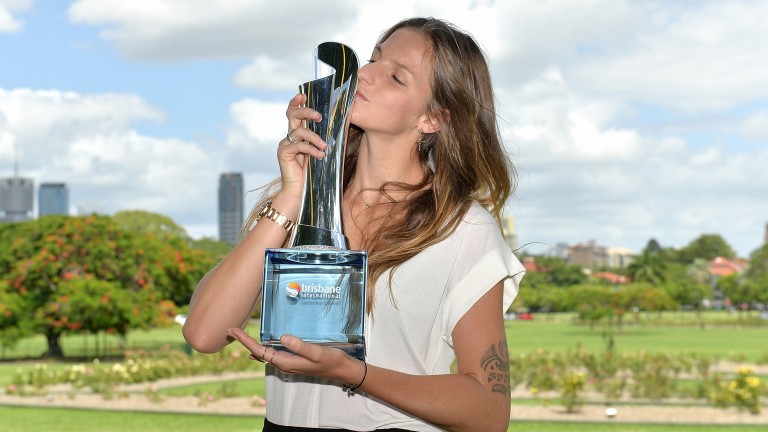 Karolina Pliskova kisses the the Brisbane International trophy
Bradley Kanaris
1 of 1
By Gary Savage 11:12AM, JAN 23 2017

There are plenty of intriguing stories at an open-looking Australian Open, where world number one and 2016 dominant force Angelique Kerber defends her first Grand Slam crown.

The German turns 29 this week and should be at the peak of her powers, but she will need to be to fend off the challengers headed by Serena Williams and in-form players Karolina Pliskova and Johanna Konta.

Unlike last year Kerber, who is likely to find it hard to repeat her stellar 2016, goes down under in ordinary form having suffered defeats to improving pair Elina Svitolina and Daria Kasatkina and not having won a title since the US Open.

Kerber is a tough competitor and crucially in Melbourne, where temperatures could reach 38 degrees, is supremely fit, but there is no way she is value at the available prices.

Serena won only two tourna­ments in an interrupted 2016, her worst tally since 2011, and arrives in Melbourne following a surprise defeat to Madison Brengle in Auckland.

The American made a raft of unforced errors and although the wind was a factor, her rustiness (only two matches since the US Open) could be severely tested by Belinda Bencic in the first round and the favourite can be opposed.

Pliskova was considered by many to be the biggest under­achiever on the WTA Tour after failing to make it beyond the first week in any Slam. But she exploded into form in the second half of 2016 and has continued her hot streak, dropping just one set in winning in Brisbane last week, and has a decent Melbourne draw.

The Czech, Aussie Open junior champion in 2010, won a grass title and her first WTA Premier tournament (beating Kerber in the final) before a run to the US Open final that included wins over Serena and Venus Williams.

The 24-year-old served over 200 more aces than the next highest woman on tour last year, while her success rate behind her first serve is second only to Serena. Pliskova’s game means she should be able to conserve plenty of energy and she should be closer to the top two in the betting, so there is still juice left in her price.

Punters have latched on to Konta after winning the Sydney International without dropping a set. The Briton, up to ninth in the rankings, dismantled Agnies­zka Radwanska in the final, despite the world number three making only nine unforced errors. But Konta has been done no favours by her Grand Slam draw.

There’s a lot of talent in the top half of the first quarter, and a tough last-16 encounter looks assured for whoever contests it, so an interest on Garbine Muguruza, who has a decent passage, to win the section looks of interest.

The Spaniard hasn’t been at her best since winning the French Open but should have too much class for her early rivals. Despite not having posted a deep run at Melbourne Park, she has run into Serena twice and Radwanska in three of her four appearances.

Should Muguruza face top seed Kerber in the last eight, the fact that the Spaniard has won their last four encounters wouldn’t harm her chances.

The Ukrainian impressed last season and has started this year in fine form. Recent wins over Kerber and Konta show her wellbeing and she will fear no-one after beating Kerber, Muguruza and Serena in 2016.