But Cottagers still have ground to make up 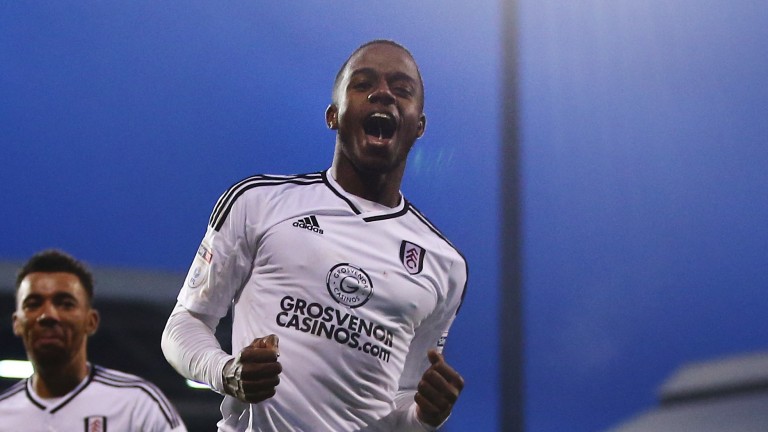 Wolves are going to win the Sky Bet Championship but the race for second is more difficult to call and Fulham advertised their claims with a deserved 2-0 win over an Aston Villa side who headed to Craven Cottage as favourites for the other automatic promotion spot.

There was little to separate the sides in a tight 45 minutes as Fulham failed to make the most of their possession, but it was a different story in the second half with Slavisa Jokanovic's slick side moving through the gears to get within six points of Cardiff, who leapfrogged Villa on Saturday.

Ryan Sessegnon broke the deadlock following excellent work down the right flank from full-back Ryan Fredericks and Floyd Ayite made sure of victory with a strike from just inside the Villa half following a fluffed clearance from visiting keeper Sam Johnstone.

Fulham may yet be made to pay for their slow start, which was in part down to a hangover from last season's playoff disappointment, but there was also internal strife that threatened to undo Jokanovic's work.

However, since the November international break Fulham have lost only two of their 16 league matches, winning eight of the last ten, and even if they don't go up automatically the Whites can be expected to be major players in the playoff picture.

Midfield is one of Fulham's main strengths with Kevin McDonald sitting just in front of the defence, allowing Tom Cairney and Stefan Johansen to join up with the attacking players. Once Villa were forced to open up they were left chasing shadows.

Sessegnon has been earning rave reviews and he improved as the match went on, while the same could be said of Ayite on the other flank.

Both wide men get excellent help from marauding full-backs Fredericks, who was a major contender for man of the match, and Matt Targett.

They are constantly looking to create overloads. Villa boss Steve Bruce said afterwards his side had worked all week on stopping the full-backs overlapping, so from that point of view the first goal will have been particularly galling.

Aleksandar Mitrovic, starting his first game since August, initially looked like a striker short on confidence and fitness but as Fulham improved so did the Serbian striker and he may yet prove to be a shrewd loan signing from Newcastle.

Speedy substitute Aboubakar Kamara is a totally different option to hold-up man Mitrovic and Jokanovic also had Oliver Norwood, Lucas Piazon and Cyrus Christie in reserve, which is pretty impressive.

Fulham were comfortable at the back, good in possession and posed a threat in attack so what's not to like about that? The only question is whether they have given themselves too much to do.

Fulham went odds-on to win with some bookmakers, from opening quotes of 5-4, once Villa's team was announced minus influential playmaker Jack Grealish and top goalscorer Albert Adomah.

The market move was spot on and Bruce will be hoping he can get the pair back swiftly as Villa definitely lacked penetration with them on the sidelines.

It looked as if Villa came for a point and until the opening goal they had defended solidly but they had few chances to launch a comeback with Scott Hogan's difficult volley wide the closest they came at 2-0.

Conor Hourihane and Birkir Bjarnason failed to get close enough to the isolated Hogan on a consistent basis and the wingers spent most of their time keeping tabs on Fulham's attacking full-backs.

There was not much for Villa's large vocal travelling support to shout about, but their team had won seven on the spin prior to this and went into a difficult battle without two of their biggest hitters, so it is not time to panic.

However, odds-on prices at home to Preston on Tuesday look a little short if Grealish and Adomah are still crocked, particularly as Ahmed Elmohamady appeared to be substituted with an injury on Saturday.