Euros bringing out the best in Czechs again 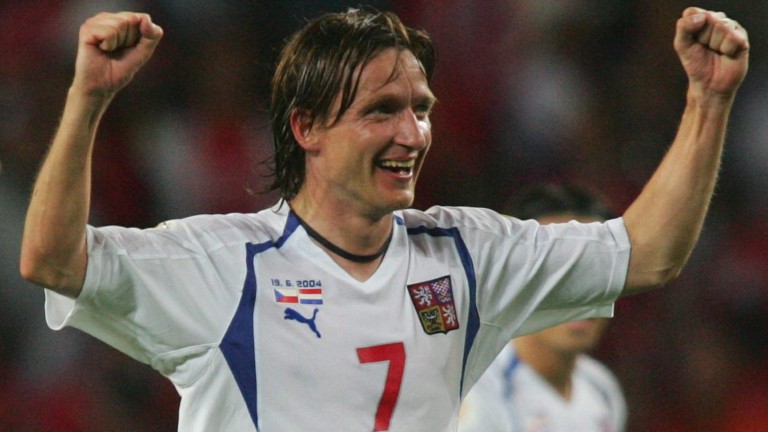 The betting suggests Saturday's quarter-finals will produce an England-Denmark semi but it would be hasty to write off the Czech Republic.

The Czechs have a dismal recent World Cup record, failing to qualify for six of the last seven finals and going out at the group stage of the 2006 tournament, but the Euros bring out the best in them.

As Czechoslovakia they famously won the trophy in 1976 thanks to a cheeky Panenka penalty (sorry, can't remember the name of the guy who scored it …)

And the Czech Republic have qualified for every European Championship finals since finishing as runners-up at Euro 96, making the semi-finals in 2004 and the last eight in 2012.

Their 1996 run came as a surprise – not least for young forward Vladimir Smicer, who had to nip home between the semi-final and the final to get married at Prague's Old Town Hall.

This time romantics will be cheering on Denmark, whose stirring response to Christian Eriksen's collapse means they have the goodwill of the continent behind them in Baku.

You'd be a buyer of Hans Christian Andersen mentions if the Danes end up lifting the trophy and there is a distinctly literary atmosphere to their campaign as their training base is at Elsinore, the setting for Hamlet.

Not to be outdone, Denmark's quarter-final opponents flew out of Prague's Vaclav Havel Airport, named after the poet and playwright who served as the first president of the Czech Republic.

One of Havel's plays was entitled The Increased Difficulty of Concentration – perhaps something for the Czechs to ponder as they prepare to defend a Danish corner in the 119th minute.

Come the semi-finals, though, all that highbrow nonsense will struggle to compete with eight pints of lager and a rousing rendition of Vindaloo.