TODAY'S OFFERS
TODAY'S BOOKMAKER OFFERS
Exclusive to new customers:
TV Specials I'm A Celebrity Get Me Out of Here!

I'm a Celebrity 2021 cast list, where to watch & launch date 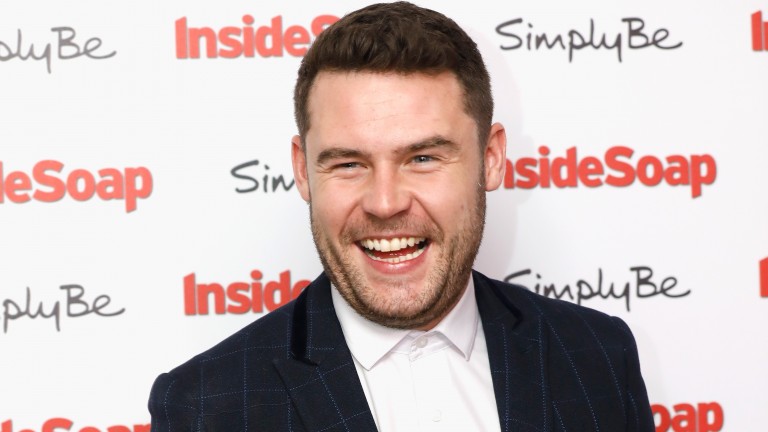 Danny Miller has cleaned up at the British Soap Awards and could be a hit with I'm a Celeb viewers
Tristan Fewings
1 of 1
By Liam Flin 9:26AM, NOV 22 2021

Best bets, analysis and free tips for the 2021 series of I'm A Celebrity Get Me Out of Here!

Where to watch I'm a Celebrity

For the second successive year, ITV's hit show I'm A Celebrity Get Me Out Of Here! will swap the Australian jungle for Gwrych Castle in Wales, but viewers can still look forward to seeing the classic Bushtucker Trials and Ant & Dec on their screens.

Ahead of the first show on Sunday, bookmakers have installed Saturdays singer Frankie Bridge as favourite which makes sense given the trends of previous winners.

Five of the last six winners have been female and musicians have been the show's most successful contestants with three former kings and two former queens falling in that category.

That bodes well for Bridge, but for those looking for a little more value then Danny Miller could be a decent bet.

Best known for playing Aaron Dingle in Emmerdale, Miller, who became a father for the first time in October, has won three British Soap Awards and should be a popular with his fellow campmates and viewers.

Who is on I'm a Celebrity?

Market leader Bridge will surely have got a few tips from husband and 2016 contestant Wayne before entering the castle.

Actor Miller called time on his 13 years on Emmerdale before this year's series and says he is dreading the eating challenges.

Set to join later as a wildcard, Gregson has played the role of Coronation Street's Steve McDonald since 1989.

Arguably the biggest name in this year's lineup, Good Morning Britain presenter Madeley revealed he would take on the challenge live on air in October.

Former Newcastle and Spurs footballer Ginola, who counts the 1999 League Cup among his achievements, is sure to be popular with Toon fans Ant & Dec.

Fresh from stepping down as a BBC Breakfast presenter, Minchin has made the mistake of revealing her biggest phobia - small spaces - before the show has begun.

Music producer Naughty Boy - real name Shahid Khan - has worked alongside the likes of Beyonce and Sam Smith and admits he is anxious about trials involving heights.

Particularly scared of bugs, Shy is a Radio 1Xtra DJ and has also worked as a model for Nike, Dr Martens and Vans.

Cox is one of three sports stars in this year's line-up, having won multiple gold medals for Great Britain at the Paralympic Games.

Fresh from winning gold at this year's Tokyo Olympics with diving partner Tom Daley, Lee is a huge fan of the show.

A big outsider, Phillips will be the oldest campmate to date at 78 and is best known for her work as a choreographer and as a former judge on Strictly Come Dancing.