Iheanacho is ready to carry the fight for Citizens 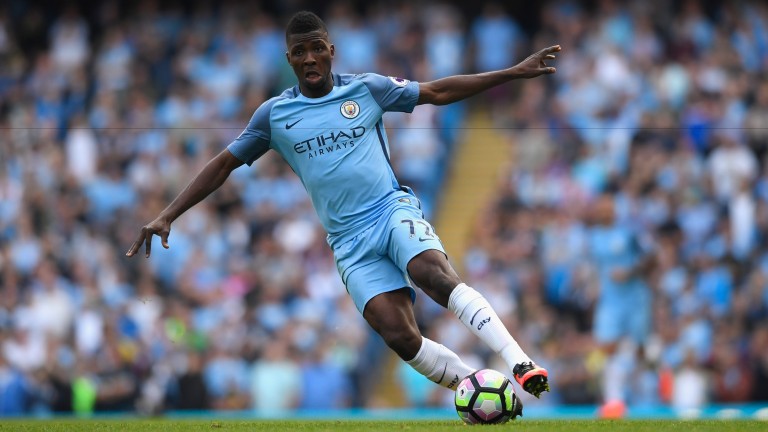 Manchester City are in need of a lift after their 3-1 loss at home to Chelsea on Saturday and they are red-hot 4-11 favourites to respond with a victory over Celtic in their final match in Champions League Group C.

Neither team can improve their position in the group (City will finish second and Celtic fourth) but there are financial incentives on offer with the win worth an extra €1.5m and a draw worth €500,000.

From the perspective of cash-rich City the extra funds might not be a seen as hugely important compared to player welfare.

Pep Guardiola will be looking to protect most of his key players for Sunday’s league match at Leicester and his selection could be similar to the side he picked for the October EFL Cup defeat (1-0) at Manchester United.

Kelechi Iheanacho started both of City’s EFL Cup ties and may be given the nod this evening in an attempt to get him tuned up for an important run of four Premier League games when the Citizens will be without suspended top scorer Sergio Aguero.

The Nigerian came off the bench after 13 minutes of City’s loss to Chelsea and struggled to make an impact.

However, he has scored on his last two Premier League starts and looks a value 4-1 shot to open the scoring against Celtic.

The Bhoys are 9-1 for a surprise victory and their chances depend on how strong Brendan Rodgers goes with his line-up.

The prize-money will be more of an incentive for Celtic, who are playing their last European match of the season, but Rodgers will also have one eye on Friday’s Ladbrokes Scottish Premiership clash away to Partick.

However, Celtic’s squad is not as deep as City’s and there is a good chance many of the players who featured in the 3-3 draw at home to City on matchday two will be lining up again.

Celtic’s draw against City was the high point of their campaign, although qualification for the last 16 always looked a tall order from the moment the draw was made.

They are having a good time domestically. They won the Betfred League Cup final 3-0 against Aberdeen last month and are eight points clear in the league after Saturday’s 4-3 triumph at Motherwell.

However, Celtic have a history of struggling on their Champions League travels and have not picked up maximum points from a group stage away game since a 3-2 success at Spartak Moscow in October 2012.

They will take heart from their Glasgow performance against Guardiola’s side – when their pressing game caused City all sorts of problems.

However, it will be harder to carry off those tactics at the Etihad and the hosts, spearheaded by the pacy Iheanacho, should sign off with a win.

Team news
Manchester City
Fernandinho is suspended after his red card in the 1-1 draw away to Borussia Monchengladbach. Raheem Sterling failed to train yesterday and Vincent Kompany is still sidelined.