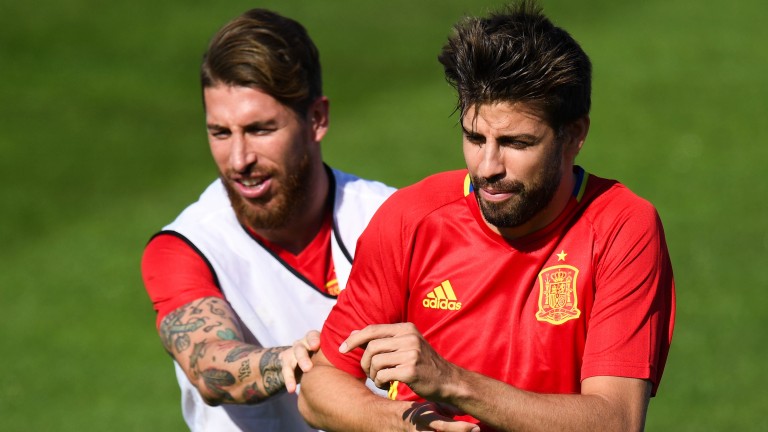 Spain looked a World Cup bet for me from a long way out and the events of the last few days have made them even more attractive.

The same group of players who arrived in Russia with a 6-1 quote as well as a two-year unbeaten record are ready to go in their opener against Portugal. But now you can get 13-2.

If you hadn’t backed them before, my advice would be do so now.

Head coach Julen Lopetegui has left the camp, fired just a couple of days before their first game to be replaced by Fernando Hierro. And I guess you can see why bookmakers see that as a negative.

But this is a team, run by Sergio Ramos and Gerard Pique and several other experienced players, who knows themselves. They are so well drilled that I’m not sure it really matters who is standing in the technical area.

Hierro, as sporting director of the national team, was part of the furniture anyway and his track record is going to impress any of the younger squad players who were attached to Lopetegui.

It’s not ideal as preparations go. But Spain’s senior players will now take it on themselves to lead the group and we’ve seen what a devastating side they can be over the last couple of years.

I can see them edging Portugal in Friday's Group B clash in Sochi though I can’t see goals.

I think VAR, over the course of the tournament, will mean more goals scored – a greater likelihood of penalties, for example – but I think Spain v Portugal is an exceptional case.

We know how this game will pan out. Portugal will defend en masse and their ageing defenders will simply bully any Spaniard who comes in the box. Spain will keep the ball, pass the crowd into boredom and eventually find the net. Go under the goals in this one.

It's just a few days before England make their bow, so there's not long left for expectations to nosedive.

Gareth Southgate has been very clever by picking a young squad who clearly can’t win a World Cup – and indeed will do well to make the quarters.

He’s already scripted his excuse. It’s a young squad, eye on the future, learning curve, and so on. Clever. Anything other than total embarrassment and it becomes a triumph, Southgate becomes the saviour of the national team.

I’m sorry but I don’t remember anyone, 12 months ago, clamouring for the likes of Kieran Trippier or Ashley Young to become England starters. Starters for heaven’s sake! And have we forgotten quite how bad Danny Welbeck is? That’s right, bad enough to play for England.

Now I know that really ordinary teams can go a long way in a World Cup. If Costa Rica can get within a penalty kick of a semi-final, it’s obvious that anything is possible.

Scrape through the group, a lucky break or two, shut up shop and hold your nerve in a shootout. I always wonder why only a select few countries win the World Cup and I struggle to come up with a really cogent argument when any side only has to scrape a couple of wins to go deep.

I mean honestly, are 100-1 shots Mexico 20 times less likely than Germany to win the tournament?

So, for what it’s worth, I give you Croatia and Mexico as proper value alternatives to the market leaders.