Islanders can emerge as new kings of Eastern Conference 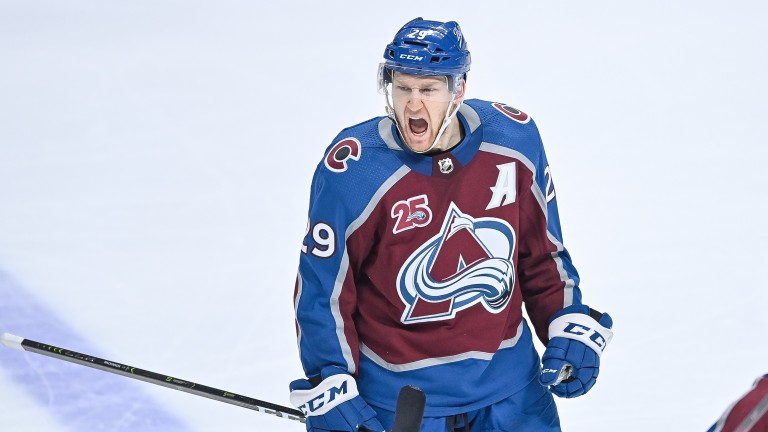 Not since the New York Islanders’ side of the early 1980s has the NHL witnessed a team win three successive Stanley Cups but bookmakers believe there’s a good chance of the Tampa Bay Lightning matching that achievement this season.

The Bolts eased past the Montreal Canadiens in five games in the playoff finals to retain Lord Stanley’s Mug and are 7-1 second-favourites to pull off the three-peat.

However, the league is a far more competitive entity than it was when the Islanders ruled the ice, while Tampa Bay’s hopes of success have been hit by the loss of some key depth pieces.

Amongst them was Yanni Gourde, selected by the Seattle Kraken in the expansion draft ahead of the Kraken making their NHL debut this season.

Top pick for the Stanley Cup

The Lightning’s losses opens the door to their rivals and ready to step through it are the ante-post favourites Colorado.

The Avalanche have been the league’s best team in the regular season for two years, capturing the Presidents’ Trophy last term, but that form hasn’t translated to playoff success.

The Avs have gone out in the second round of the postseason three years on the bounce but can get over the hump having kept the majority of their roster intact.

Colorado have the best forward line in hockey, led by Nathan MacKinnon, and were top-scorers in the regular season, netting 190 times at an average of 3.56 goals per game.

The defence was tight too, allowing the fewest shots on goal, and those efforts that did get through were regularly thwarted by Philipp Grubauer.

Grubauer is another notable name to have moved to Seattle this offseason but Colorado have found an excellent replacement in former Arizona goaltender Darcy Kuemper.

Colorado have the strength in depth to dominate a relatively weak Western Conference with only the Vegas Golden Knights, the team who eliminated the Avalanche from last season's playoffs, having the quality to push them close.

While the race in the west appears straightforward, the Eastern Conference is far more competitive, featuring a host of Stanley Cup hopefuls. Amongst them are a New York Islanders side who have reached the Conference finals the last two years, only to come up short against the Lightning.

It could be third time lucky for an Islanders team with excellent depth, particularly in defence. No goaltending duo kept more shutouts than Semyon Varlamov and Ilya Sorokin last season when operating behind a defence who allowed the second-fewest goals.

Further up the ice, left wing Anders Lee is back after a knee injury kept him out for 35 games last season and re-joins an excellent top line featuring one of the best centres in the league, Matt Barzal.
Barzal is the biggest name on a roster featuring very few stars but one that has shown an excellent team-first attitude, fostered by Stanley Cup-winning head coach Barry Trotz.

This is a squad built for playoff success, rather than to thrive in the regular season, but they have more than enough quality to get out of a tough Metropolitan Division and launch another cup bid.