Ian Poulter can make a big impression at Players Championship 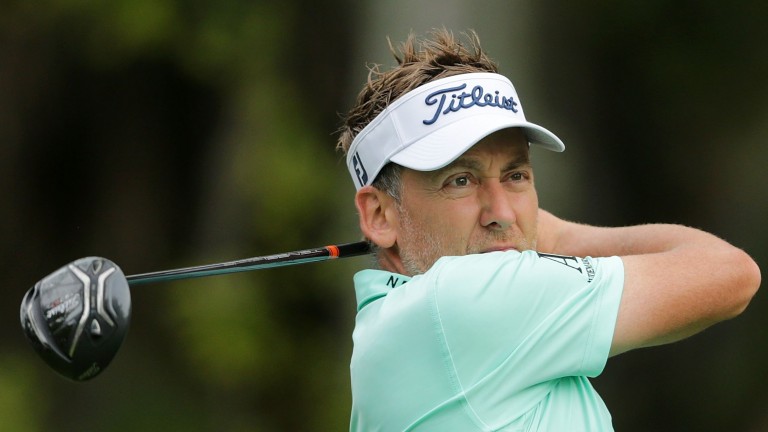 Ian Poulter's Ryder Cup performances have generally eclipsed his achievements as an individual player, but the Englishman is back in the world's top 50 and can continue to demonstrate his progress at the Players Championship.

Poulter won the Houston Open in April to bag the final place at the Masters and finished second at Sawgrass last year. He looks a healthy price to get the better of fellow Englishmen Justin Rose and Tommy Fleetwood in Friday's second round.

He carded a two-under-par 70 on Thursday and recovered well from three consecutive bogeys on his back nine as he birdied three of his final four holes.

We could see more of his fighting qualities on Friday and the selection is based on the 12-5 on offer for him to win the 6.19pm BST threeball rather than any negative feelings towards his playing partners.

Fleetwood's putter was red-hot in his first round 69 - he gained four strokes on the greens - while the highlight of Rose's 68 was holing his second shot for eagle on the 12th.

But as this could prove another tight clash and it seems unfair to brand Poulter an also-ran.

World number one Dustin Johnson will have been delighted to card an opening 66 and he should be able to build on that with another decent round (6.30pm).

Playing partner Bubba Watson is two shots behind him but he has a miserable Sawgrass record at a track where his length off the tee does not provide a great advantage.

The two-time Masters winner has not finished better than 37th in ten attempts to win the Players.

Former US Open champion Brooks Koepka finished 42nd at the Wells Fargo Championship last week, his first outing since the Tournament of Champions in January.

Although he was 16th at this tournament last year, he aggravated the wrist injury that has kept him out of action for four months while on the range on Wednesday.

He carded a two-under-par 70 in his opening spin, but there seems a significant chance that he may not be 100 per cent fit.