I don't understand why Liverpool have sold Coutinho 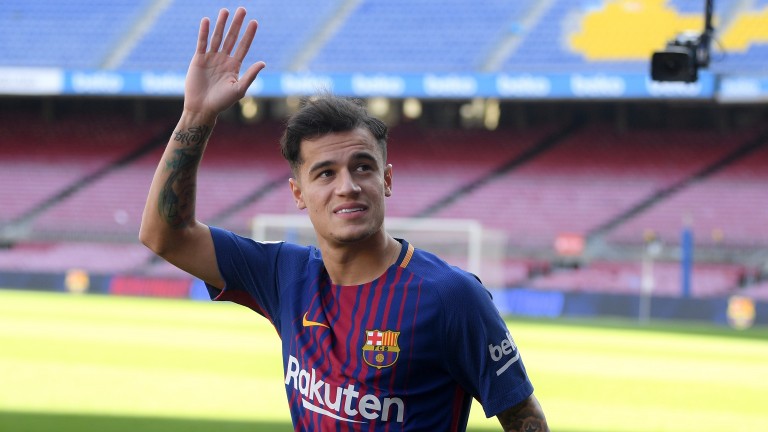 1 What’s your best bet for the weekend?
Crystal Palace to beat Burnley. Roy Hodgson has got the Eagles flying – it’s hard to imagine that they couldn’t even score a goal for the first month or so of the season. Now they’re 14th in the Premier League and easing clear of danger. Burnley are without a win in six games in all competitions and in a false position in the table.

2 Which favourites look the most vulnerable?
Tottenham look far too short at home to Everton, who are developing into a classic Sam Allardyce side. Big Sam will love this sort of match, a chance to flex his muscles against one of the big boys. Having taken points off Liverpool and Chelsea, Allardyce will be devastated that they got nothing out of the visit of Manchester United and their cup trip to Anfield, but he’ll hope the Toffees can frustrate Spurs like West Ham did.

3 Where’s the value at Anfield?
I think City have to be a bit of value. It’s hard to know what the exit of Philippe Coutinho will have on this match, but it has clearly left a hole that Jurgen Klopp somehow has to fill. What we do know is that City are doing virtually nothing wrong at the moment, finding ways to win. and they haven’t lost to an English team yet this season.

4 Have Liverpool done the right thing by selling Philippe Coutinho?
I don’t understand the transfer at all. To let him go now I find very surprising. Money talks obviously but this guy was the heartbeat of the Liverpool team, a side trying to make another run for the top four. Without him there will have to be a tweak in style because of his important to the Reds going forward. Everybody says not to worry because of the attackers Klopp has, but Coutinho is stand-alone special and will be a bigger loss than people think.

5 Should Arsenal sell Alexis Sanchez this month?
I’ll say yes because I get the sense that he’s a distraction in a dressing room which needs to be together. I would never question a player’s professionalism but there are players whose attitude you can definitely question when they get a whiff of a move. His heart is not at Arsenal so it would make sense for all concerned to cash in now.

6 Give us an FA Cup replay winner
I picked Wigan in the first game at Bournemouth and they had the Cherries on the run. Now they’ve got Bournemouth back to their place and it wouldn’t even represent much of a shock if they finished off the job. Wigan were outstanding at Dean Court and this replay means far more to them than it does Eddie Howe, who won’t put out his strongest side with a crunch trip to West Ham coming next Saturday.