Hyderabad can bounce back against Chennai

Super Kings batting unit may be tied down by classy Sunrisers 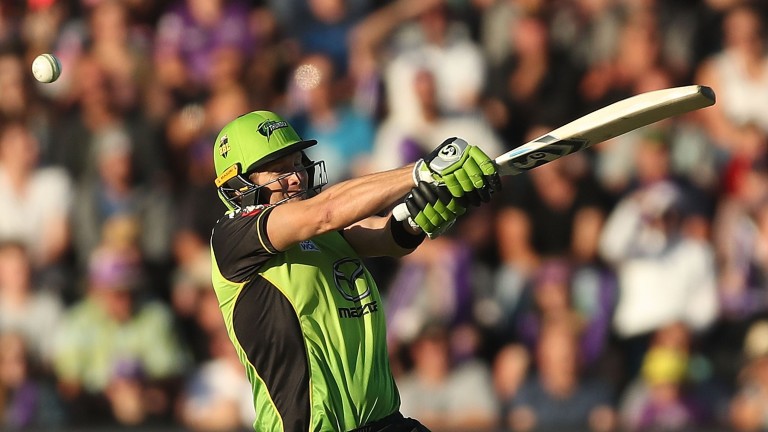 Shane Watson and Chennai could struggle to follow up their win over Rajasthan
Mark Metcalfe
1 of 1
By James Milton 8:22PM, APR 21 2018

Sunrisers Hyderabad were blown away by a Chris Gayle century in their last IPL game but they are a well-balanced unit who won their first three games of the campaign.

Another victory could be on the cards against Chennai Super Kings, who have been reliant on individual heroics rather than all-round team performances this season.

Shane Watson's century helped them to a big win over Rajasthan last time out while they needed a miraculous innings from Dwayne Bravo to nick a win over Mumbai in the season opener.

Too many of Chennai's batsmen have a tendency to get bogged down and that could be costly against a classy Sunrisers bowling attack.

Defending champions Mumbai got off the mark with a thumping win over Bangalore last time out, after three narrow defeats, and they are worthy favourites to beat Rajasthan.

The Royals have put in some patchy batting displays but Sanju Samson is capable of a touch of magic at number three.

The youngster has had a couple of failures in his last two outing but he started the season with scores of 49, 37 and a stunning 92 not out off just 45 balls against Bangalore.