Hunter shown to be a cracking goal gatherer 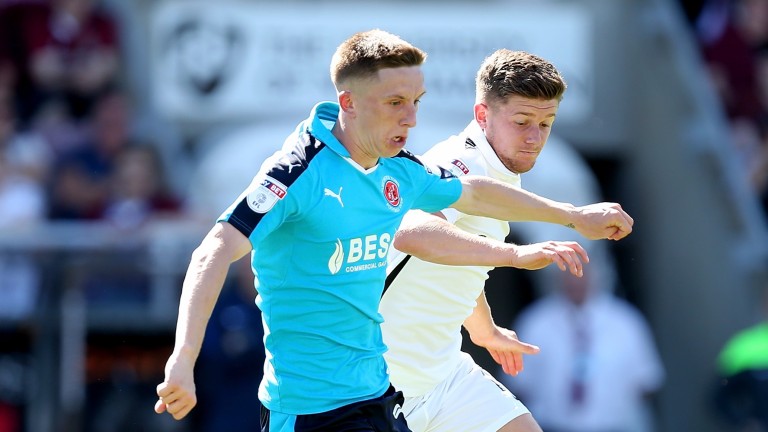 Jamie Vardy was on target the last time Fleetwood met Southport in 2012 and it could well be another Cod Army forward who hunts down the Haig Avenue hosts when the coastal rivals meet in the FA Cup first round tonight.

Ashley Hunter, who has had to play the role of super sub for Fleetwood this season, may well have done enough in recent weeks to get the nod from Uwe Rosler and if that’s the case the 21-year-old is a value bet to open the scoring.

Hunter has scored six goals in all competitions this season, with three of those coming in each of the last three outings.

His five league goals have come in just 601 minutes of action which gives him a goal every 120 minutes and that compares most favourably with first goalscorer favourite David Ball, whose six goals have come every 215 minutes in Sky Bet League One.

Rosler’s men lost 2-1 at Bristol Rovers last Tuesday and are on a brutal run of four straight away days, with a trip to Carlisle to come on Wednesday, before the Cod Army head to Port Vale on Saturday, so rotation could well be on the cards.

That could give National League outfit Southport a sniff of a giantkilling and they have improved since Steve Burr became manager following a shocking start to the season.

However, their seven league points from the last three matches came in fixtures against bottom-half sides Sutton (13th), York (20th) and Torquay (18th) and this represents a jump up in class.