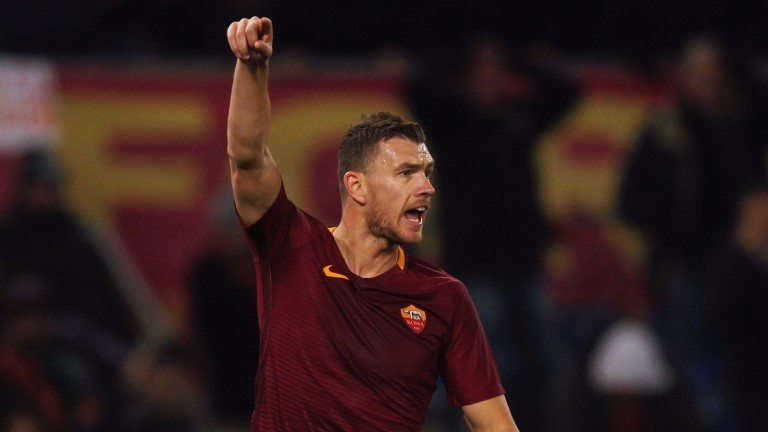 Juventus v Lazio BT1, 11.30am
Lazio have returned from the winter break with three successive victories but may struggle to make an impression against the champions in Turin.

Juventus have won all of their ten home league games this season, conceding six goals in the process, and should be backed to collect three points and a clean sheet against the visitors from Rome.

Palermo v Inter BT3, 2pm
Samuel Eto'o scored twice the last time Inter were victorious at Palermo but with the hosts seemingly in crisis this should be a comfortable 90 minutes for Inter.

Palermo, eight points adrift of safety, have lost 11 of their last 13 Serie A games while Inter go in search of a sixth straight league success with the goals flowing for Stefano Piolo's men.

Key stat
Inter have not won at Palermo since September 2010

Roma v Cagliari BT3, 7.45pm
Roma are growing in belief that they may be on course to win the Scudetto for the first time since 2001 and can keep up the pressure on title rivals Juventus by brushing aside Cagliari in the capital.

The Wolves have won their last three games without conceding and a clean sheet looks likely against the mid-table Sardinians, who haven’t won on the road since mid-October.