Hungry Wolves could finish in the Premier League top half

Roma will look to keep it tight at Liverpool 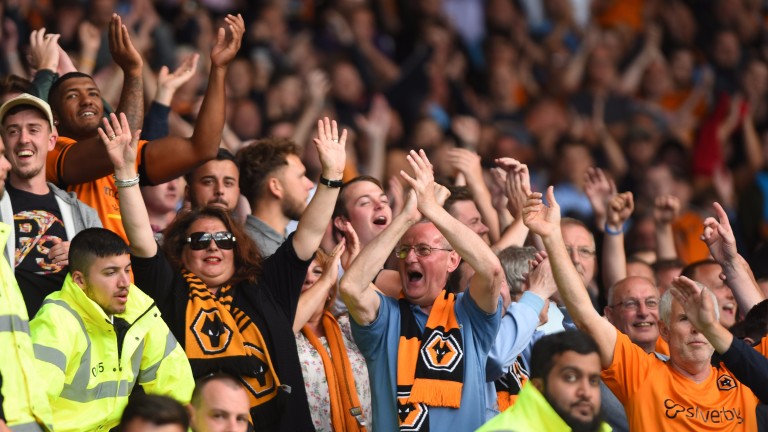 What’s your best bet for the weekend?
Burnley to win at Stoke. This is a free shot for the Clarets at a Stoke side under huge pressure. Paul Lambert’s men have reached the ‘must-win’ stage of the campaign and they’ll have to take risks. But taking risks against a team like Burnley, a team who are completely at ease with themselves and under no pressure, brings obvious dangers.

Which favourites look most vulnerable?
Everton against Newcastle. The Toffees are pretty much unbackable with so much unrest about the place. It’s interesting as Everton fans are usually patient when it comes to new managers but Sam Allardyce has been disliked almost from the off. His manner suggests he couldn’t care less and on top of that, Newcastle are flying.

Where’s the value in the Man Utd v Tottenham FA Cup semi-final?
Draw. Spurs have the home advantage but Jose Mourinho has the cup-tie mentality which Spurs, judged on their loss to Juventus in the Champions League, don’t possess. Mourinho will play on the back foot, be unadventurous and seek to nick a result. His record at doing just that is impressive so this promises to be a frustrating tie for Tottenham.

Do Southampton have a chance against Chelsea at Wembley?
They do because it’s a one-off game. Southampton showed against Chelsea last week that they can compete with them. They were excellent for an hour – but ended up losing. Chelsea are too short as it’s not a content camp with a manager who’ll be gone in the summer. They aren’t as daunting as they used to be and Saints have a chance. I’d bet the draw.

How will Wolves do in the Premier League next season?
They’ll do okay. They are a good side with one or two outstanding talents and we saw when Leicester won the title that it only needs a couple of superstars to make a difference. They’ll spend money in the summer and the value is probably Wolves for a top-half finish. There are four places up for grabs after the big six, and they can sneak in there.

Give us a bet from next weeks’ Champions/Europa League matches
Under 2.5 goals at Anfield. The formbook and stats tells us goals but Roma will bring an Italian mindset to Liverpool. They’ve lost at Shakhtar and Barcelona and can’t keep relying on their form in Rome to rescue them. Liverpool will be aware of the potency on offer from a Roma side who saw off Atletico to qualify for the knockout stage. They are a good side.