Hull's corner potential may have been underestimated 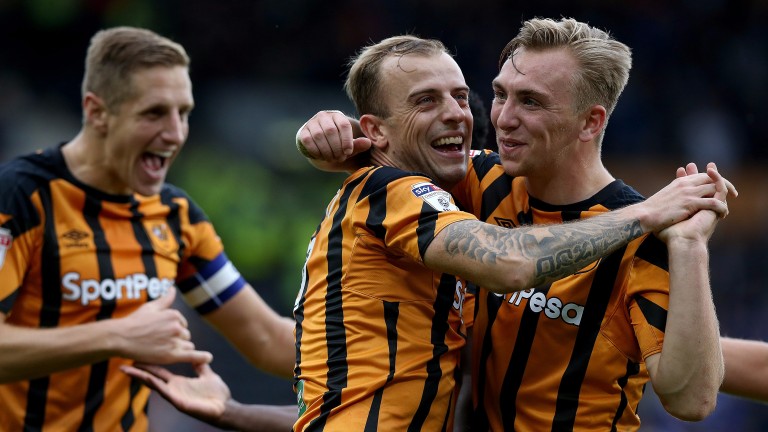 The chance of Hull taking most corners in their Sky Bet Championship game at Barnsley may be better than Betfair or Paddy Power estimate. Both offer 2-1 for Hull in a corner match bet.

Corners are an occasional byproduct of attacks. Therefore the number of corners teams gain and concede in matches tends to rise and fall with the amount of attacking and defending they do.

The goals-related markets for Oakwell suggest Hull are slightly more likely than Barnsley to score most goals. They imply about a 47 per cent chance of Hull scoring each goal that is scored.

That seems reasonable given the disparity in resources between the clubs if not their current positions in the table.

Hull have one point more than Barnsley having played one game more. But Hull spent last season (as well as two of the previous three seasons) in the Premier League. Before last season Barnsley spent a couple of campaigns in League One.

In the Football League over the last two decades in games where there were similar goals expectations the chance of the away team taking most corners was about 40 per cent. Odds of 2-1 imply only a 33 per cent chance of a bet being successful.

In any case Barnsley have taken a comparatively small share of the corners in their games – though the effect has been a bit more pronounced away than at home – since they returned to the Championship.

Barnsley against Hull is a Yorkshire derby, though not what either of them would consider their most important. And in any event local derbies tend if anything to reduce rather than increase ground advantage, which of course influences possession, attacking, goals and corners.

Hull taking most corners at Barnsley is a bet that by any assessment is more likely to lose than to win. But there are reasons for thinking it might not be quite as likely to lose as is suggested by odds of 2-1.

Take last Saturday, for instance. Start with Manchester United at Liverpool. A Romelu Lukaku shot from inside the penalty area near the middle of the goal was saved by Simon Mignolet. It was what people call a big chance.

United had some other shots but not many. On Match of the Day United’s expected goals figure – the average number of goals a team would score with the same quality and quantity of chances – was 0.22. At least four times out of five, I conclude, a player in Lukaku’s position will not score.

Now move on to Arsenal at Watford.

Mesut Ozil, Alex Iwobi and Hector Bellerin all shot from inside the area with only Heurelho Gomes to beat. Gomes saved from Ozil and Iwobi. Bellerin missed. Arsenal scored with a Per Mertesacker header from a corner and had some other attempts.

My inference is that for each of those shots by Ozil, Iwobi and Bellerin the expected goals figure was less than 0.5. For every attempt expected goals should be a figure greater than nought and less than one.

If it is lower than 0.5 there was less than a 50 per cent chance of the player scoring. More often than not players in the same position as Ozil, Iwobi or Bellerin will not score.

Suppose that I paused action during matches as players were about to shoot and asked: “what is the chance they will score?” It is not only commentators who would give answers that are way too high.

Commentators, in those situations, express only what everyone else feels. We are all wrong.