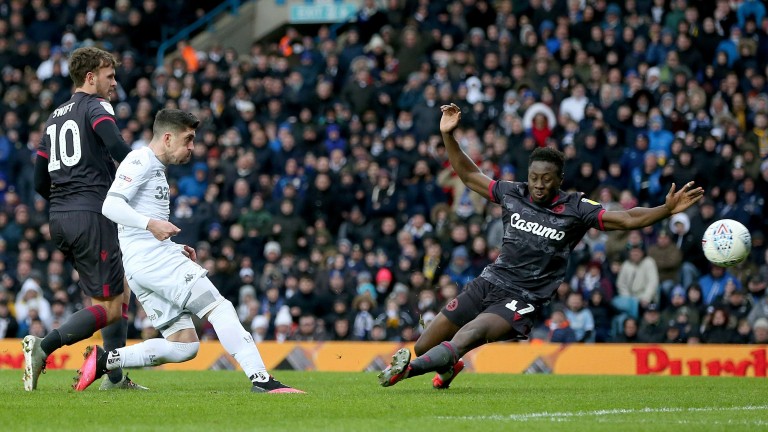 Leeds United
Kalvin Phillips is battling to shake off a dead leg which ruled him out of Wednesday's 1-0 win at Middlesbrough. Adam Forshaw (hip) and Jean-Kevin Augustin (hamstring) are ruled out. Goalkeeper Kiko Casilla is expected to begin an eight-match ban, pending a late appeal. Illan Meslier is set to replace him.

Hull were outclassed by struggling Barnsley in a 1-0 loss to the Tykes on Wednesday and it is hard to imagine them faring any better against title-chasing Leeds.

The battle to avoid the drop has got very interesting after the bottom three – Wigan, Barnsley and Luton – all picked up midweek victories.

Nine points cover the bottom nine and several teams are getting dragged into trouble, including 17th-placed Hull, who are dropping like a stone after taking just two points from their last ten matches.

The Tigers took the tough decision to sell key attackers Jarrod Bowen and Kamil Grosicki to West Ham and West Brom towards the end of the January transfer window and their squad has been further stretched by an injury crisis which could deny them the services of nine players this weekend.

Eaves has been ruled out for the rest of the season and beleaguered Hull manager Grant McCann concedes he is going through his toughest spell since starting his management career at Peterborough in May 2016.

McCann is urging his players to roll up their sleeves but the last team injury-hit Hull would want to be facing is Leeds, who seem to carry on playing at the same high intensity despite the relentless schedule.

Marcelo Bielsa's side posted a comfortable 1-0 victory at Middlesbrough on Wednesday – making it three single-goal successes on the trot – and they may be able to cut loose at the Kcom Stadium.

The Yorkshire giants have not won by more than one goal since a 2-0 triumph at home to Hull in December but a big victory is on the cards this weekend.

Hull have not kept a clean sheet in their last 11 fixtures.