Robins can keep on rocking towards Super League safety 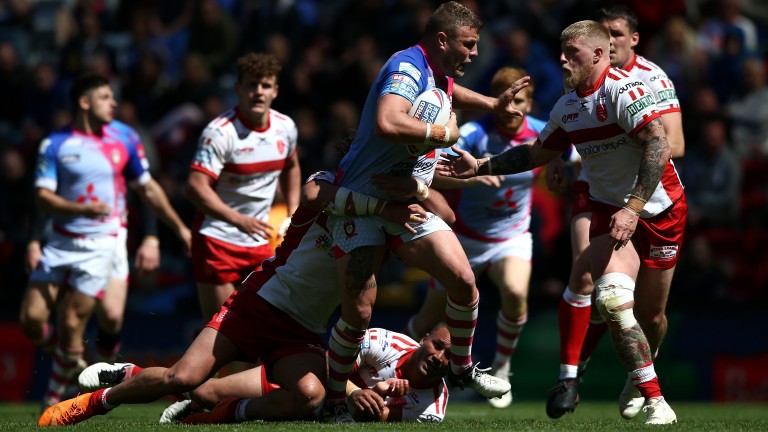 Hull KR have enjoyed a revival since appointing former Leeds and Warrington boss Tony Smith as head coach and the Robins’ resurgence looks set to continue at home to Huddersfield.

Despite a tricky looking fixture list, Rovers have won three of their six games under Smith but they are still by no means safe from relegation from the Betfred Super League.

Despite home wins over neighbours Hull and Warrington and at Leeds last time out, KR are quoted at 6-1 to finish bottom, the same price as their opponents.

Victory for either team would be a massive step towards survival. The winners will pull four points clear of bottom club London pending their Sunday showdown with St Helens.

Rovers and Huddersfield won’t have enjoyed hearing Saints coach Justin Holbrook’s confirmation that he intends to rest around ten players including all his main stars for the trip to the capital and that news only increases the importance of tonight’s clash.

In contrast to Rovers' recent run, Huddersfield have won just one of their last six games. That was an impressive 36-18 victory at Salford but five losses have left Simon Woolford’s side perilously close to the drop zone.

The Giants have a poor away record and their two home wins over KR in 2019 will count for little in front of the partisan Craven Park crowd and Rovers will see this as a real opportunity to pull clear of relegation trouble.

The big worry for backers of the hosts is the absence of hooker Matt Parcell with a shoulder injury.

The Australian, who’s on loan from Leeds, was man of the match in the derby win over Hull and will be badly missed.

Danny Addy is set to stand in after recovering from a hamstring problem.

Huddersfield forwards Paul Clough and Dale Ferguson are unavailable but Adam Walne is likely to play for the first time since March after recovering from a shoulder injury.

Hull KR are 4-7 to make it three home wins on the trot but the even-money to cover the four-point line looks a more appealing price.

FIRST PUBLISHED 5:36PM, JUL 18 2019
In contrast to Rovers' recent run, Huddersfield have won just one of their last six games