Hull could face a severe mauling by the rampant Tigers 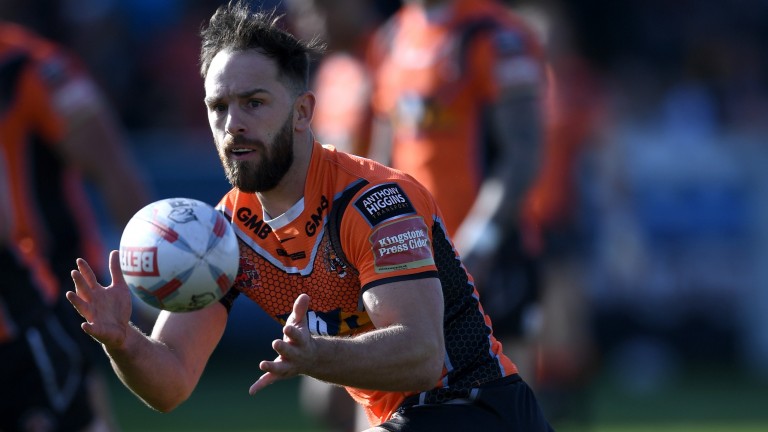 Runaway Betfred Super League leaders Castleford have swept aside almost everyone this season, romping seven points clear at the top of the table.

The only two teams the Tigers have failed to beat in 2017 are Salford and Hull, and on Friday night Daryl Powell's side get the chance to redress the balance against the Airlie Birds at The Jungle.

The Black & Whites have been Castleford's bete noire in the league and the Ladbrokes Challenge Cup.

Two months ago Hull shrugged off the early sending-off of Liam Watts to hold on for a memorable 26-24 win.

And just a fortnight ago Lee Radford's men moved into the cup semi-finals at the Tigers' expense with a richly deserved 32-24 success at the KCom Stadium.

Afterwards, the Hull coach was critical of the compliments paid to Cas this year, pointing out that the big prizes are handed out at the end of the season.

The Black & Whites are 13-2 to back up their boss's words by winning the Grand Final, while the Tigers are no bigger than evens having kicked off the campaign at 16-1.

Cas are 4-9 to avenge their earlier losses to Hull and are asked to concede a converted try on the handicap.

The league leaders have had little difficulty posting winning margins in excess of that in front of their passionate home fans this year. The only time they have failed to do so in nine attempts was when beating St Helens 16-12 with a severely weakened side.

With the exception of injured Junior Moors and rested Andy Lynch, Cas are at full strength on Friday night with captain Michael Shenton fit to return to the side.

Hull have few injury problems with top tryscorer Albert Kelly and Mark Minichiello due to return after missing last weekend's win over Wakefield.

They have shipped 40 or more points on three occasions and the Tigers are just the team to take advantage of any dip in performance.

Powell and his players will have been itching for another crack at Hull and can set the record straight in style.