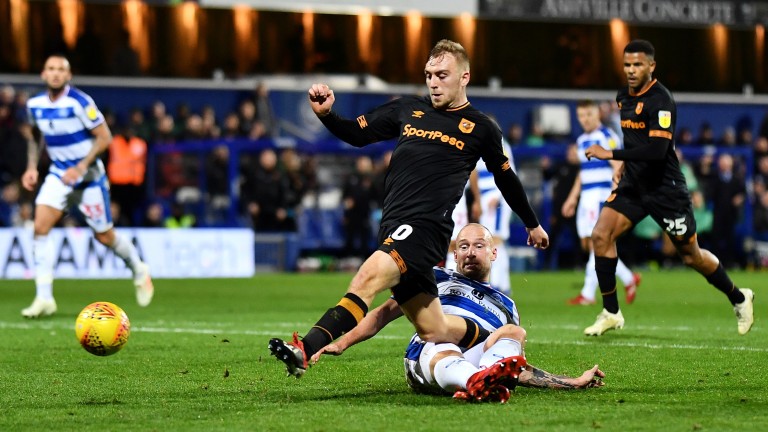 The rampant Tigers are showing no signs of losing their hunger and Aston Villa could be the latest club to be hit by the full force of Hull's attacking prowess in the Sky Bet Championship.

Hull have lost one of their last 13 league clashes, easing early-season fears of relegation and moving into the top half with six successive league wins by an aggregate margin of 17-3.

During this hot spell Nigel Adkins' side have won 2-0 at Leeds, while earlier in the campaign they beat West Brom. They have also drawn with highflying Norwich, so Villa Park should hold no fears for wing wonders Jarrod Bowen and Kamil Grosicki.

Villa have suffered successive 3-0 defeats to Swansea and Wigan - the last of which came at the DW Stadium with no shots on target.

The best way of supporting Hull on the spreads could be to buy their mini-performance at 20 with Sporting Index. The market awards 15 points for a win, ten per goal, five for a clean sheet and five for a draw with 15 points deducted for each red card.

Wimbledon are showing signs of improvement but they remain bottom of Sky Bet League One and face a tough test against a Barnsley side who were worthy 3-0 winners over Bradford last week.

Kiefer Moore and Cauley Woodrow provide Barnsley with one of the most dangerous forward pairings in the division and a buy of the visitors' goals at 1.6 could pay.

Wimbledon have kept only two home clean sheets this season and conceded twice to Portsmouth, Luton and Sunderland.