Hull can douse Dragons’ fire in duel for top spot

Catalans were dreadful on road for most of last season 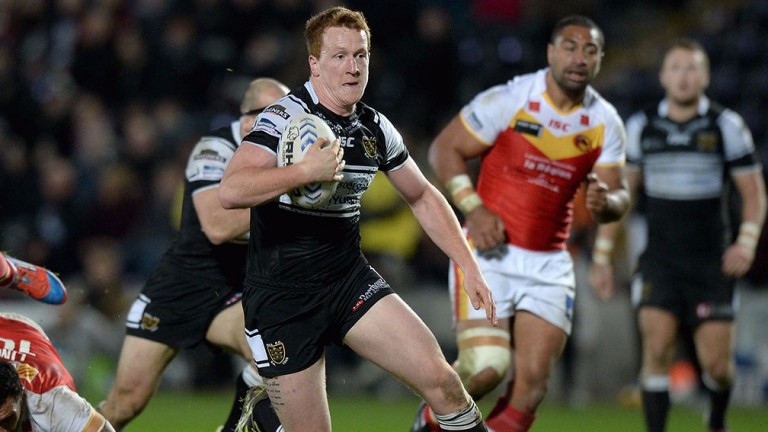 Hull and Catalans are eyeing the Super League summit at the KCOM Stadium tonight as the winners will break free from an eight-team log jam at the top of the early table.

Both sides have won their only fixture to date. A fortnight ago, Hull battled through the mud and rain to win 12-8 at Wakefield, while the Dragons downed Warrington 20-12 in the south of France.

The Wolves gave that form a boost by beating Brisbane Broncos in the World Club Series, but the layers still make the French side 3-1 underdogs for tonight’s assignment.

Lee Radford’s hosts are 1-3 to improve on an outstanding home record against Catalans, having won ten of the last 11 meetings with the Dragons on English soil.

Last season Hull won three meetings at the KCOM Stadium by ever increasing margins – 28-26 in the regular season, 22-8 in the Challenge Cup and 44-0 in the Super 8s.

are worthy favourites this evening.

They are tasked with overcoming an eight-point start on the handicap and will have to attempt to do so without suspended scrum-half Albert Kelly.

However, the very able Jake Connor will deputise and prop forward Josh Bowden is back in the squad after recovering from an ankle injury.

Catalans were dreadful away from home for most of last season and the fact they also are without suspended full-back Tony Gigot and injured winger Fauad Yaha gives plenty of reasons to back the hosts on the handicap.

The Dragons have won once in the UK since June and have suffered five beatings by more than tonight’s line in their last six trips.

It’s still very early in Super League XXII so stakes should be kept sensible, but Hull should be capable of getting home with something to spare to move to the top of the table.

The Black and Whites are 13-2 to finish top of the pile and 7-1 to win the Grand Final for the first time.