Huddersfield hitman Mounie may take time to find his stride

Iborra could give Leicester necessary boost 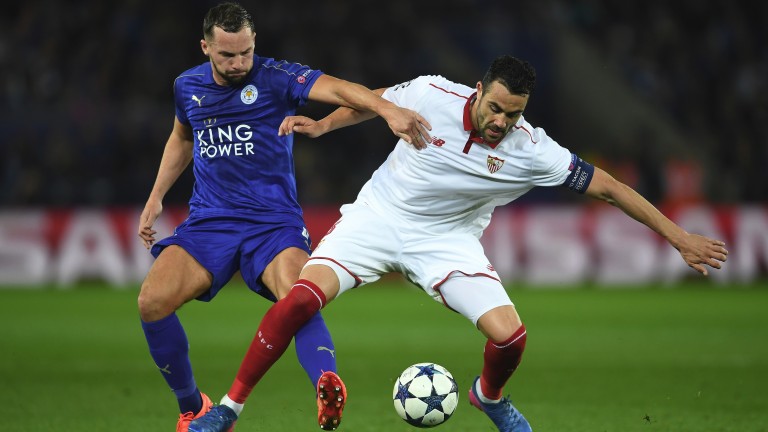 Vicente Iborra (right) will be teaming up with Danny Drinkwater at Leicester this season
Laurence Griffiths
1 of 1
By Dan Childs 3:26PM, AUG 4 2017

Huddersfield were the lowest scorers of the promoted clubs – notching 29 goals fewer than champions Newcastle – and they have attempted to boost their firepower with the club-record signing of Steve Mounie from Montpellier.

Mounie can hardly be called prolific but his 14-goal haul in the French top flight last season was his best effort to date and, at 22, he has plenty of time to improve.

The Benin international has been linked with other Premier League clubs and will be well-suited to the English game if he makes the most of his power and pace.

However, he is likely to need time to settle in and a prolonged adjustment period could be a problem for Huddersfield, who are under pressure to get off to a decent start.

Verdict
Likely to improve as the season progresses.

Leicester have played a counter-attacking style of football in recent years but may be able to play with more flexibility this season after the capture of attacking midfielder Vicente Iborra.

Spanish players are renowned for their technical ability but Iborra is a physical type of midfielder, not dissimilar to Marouane Fellaini.

He has played in defensive and attacking midfield positions but has been used higher up the pitch in recent years and has notched seven goals in each of the last three La Liga seasons.

Verdict
A goal threat from midfield.

Swansea love to play attractive football and their supporters are likely to take to 28-year-old diminutive midfielder Roque Mesa, who loves to get on the ball and dictate games.

Mesa took a long time to establish himself and has played regular La Liga football only in the last two seasons.

However, he emerged as a key man for Las Palmas, operating either at the base or in the heart of midfield.

His qualities seem similar to those of Leon Britton, the Swansea stalwart who has been with them throughout their rise from the fourth tier.

Britton played 16 league games this season but turns 35 in September so it shouldn't be a huge surprise that Swansea are looking to replace him.

Swansea manager Paul Clement was once assistant manager at Chelsea and he may have pulled a few strings to capture Blues striker Tammy Abraham on a season-long loan.

Abraham will inject some pace and verve into a Swans attack which relied heavily on veteran striker Fernando Llorente last season but he is far from the finished article.

His performances for England at the European Under-21 championship were mixed, although he showed his quality with a clever finish in the semi-final against Germany.

Abraham impressed in a struggling Bristol City side last season, scoring 23 league goals, but faces a big step up this term and may not be quite ready to play week-in, week-out in the Premier League.

Verdict
Unlikely to start every week.

Huddersfield are looking to strengthen all areas of their squad and have acquired 27-year-old centre-back Mathias Jorgensen from FC Copenhagen.

Jorgensen has had two spells with the Danes, either side of a two-season spell at PSV Eindhoven where he struggled to hold down a regular position.

However, he has progressed in the last few years and got plenty of top-level experience in the Champions League group stage last season.

Jorgensen has been used sparingly by the Danish national team but was a second-half substitute in a 1-1 draw at home to Germany earlier this summer.

Verdict
Needs to have stepped forward from PSV spell.

Fulham seem to be looking to the future with the capture of holding midfielder Ibrahima Cisse from Standard Liege.

Cisse was not a regular for Standard last term – he appeared in 22 league matches – but was well thought of earlier in his career and made ten appearances for the Belgium Under-21s.

Fulham need an extra body in midfield after the retirement of Scott Parker but Cisse may need time to get used to the physical demands of a 46-game season in the Championship.

Verdict
Unlikely to be an instant hit.