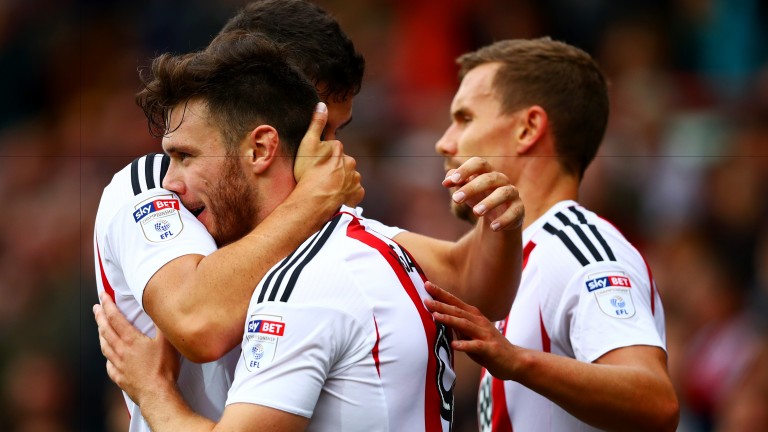 Scott Hogan is congratulated by his Brentford teammates
Dan Istitene
1 of 1
By Dan Childs 8:02PM, DEC 30 2016

Eight defeats in ten games have dragged Norwich from second to 12th in the Sky Bet Championship table and their playoff hopes could sustain another blow with a defeat at Brentford.

By far Norwich’s best moment during their miserable recent run was a 5-0 victory at home to Brentford in early December.

The result ended a sequence of five league defeats for the Canaries and extended Brentford’s losing run to four.

It should have given Norwich a platform to reignite their promotion push but they followed up with three defeats in the next four games, leaving manager Alex Neil under massive pressure.

Brentford have responded well to their dismal result in Norfolk and are only four points below today’s opposition.

But establishing themselves in the top half of the table will be tough for the Londoners unless they can hold on to star striker Scott Hogan – a reported West Ham target.

Hogan has scored 13 of Brentford’s 29 league goals this season and he will be the main threat to a defensively suspect Norwich.

Norwich are at their best when star midfielder Jonny Howson dictates the game in midfield but the former Leeds player is suspended after he received a red card in the 3-1 loss at Reading on Monday.

Howson’s absence through injury for most of October and November coincided with a poor run featuring one win (at home to basement boys Rotherham), one draw and five defeats.

It looks worth betting Norwich’s woes will continue.

Team news
Brentford
Josh Clarke (calf) is back in training and could return to the squad.

Norwich
Jonny Howson serves a one-game ban after his red card at Reading on Monday and Graham Dorrans (knee) is also out after picking up an injury in the same match.

Key stat
Norwich have lost their last five away fixtures