Pearls of wisdom from the betting industry insider 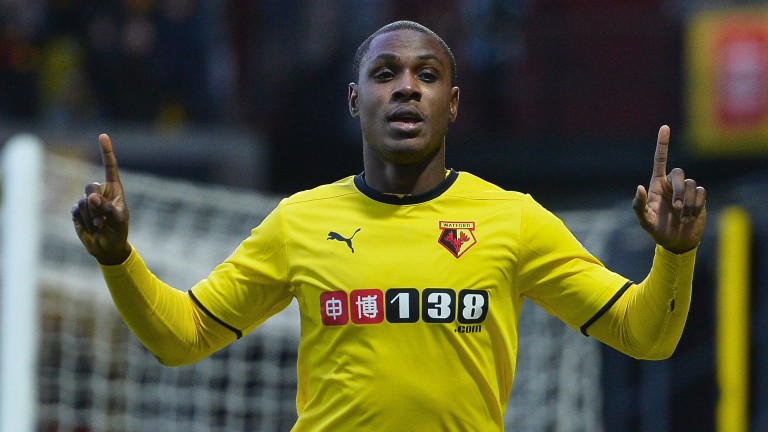 Bookmakers enjoyed a dream set of Premier League results in midweek with plenty of favourites flopping but the reverse was true on Saturday, January 17, 2015.

That date may not mean much to you – unless you’re a bookmaker who takes bets on football, in which case it’s one you’re unlikely ever to forget.

Bookmakers’ PR men and women have a tough job. Bookies aren’t supposed to be liked, after all. The grief they receive on social media just for trying to do their job is astounding although a few of them definitely deserve it.

Many, however, do a fine job of getting their company’s name out there, telling interesting stories and picking up column inches and TV coverage.

And on the evening of January 17, 2015 these PR men and women certainly had a story to tell – the story of the worst day for the bookies in the history of football betting.

In the Championship, the three teams running away with the league – Bournemouth, Watford and Middlesbrough – all won. The top sides in Leagues One and Two, Bristol City and Shrewsbury, also won.

In Scotland, Celtic – well, you don’t need me to tell you how Celtic did. You get the picture.

Big bookmakers, over time, make a nice margin from football. In no small part, the reason for that is the number of accumulator bets they’re able to take. While fun for the bettor, affording the possibility of a big win for a small stake, these bets seldom offer value and win very rarely.

For bookmakers, football betting is far more boom or bust than horse racing or other sports as those accumulator bets centre around the same selections.

So many people want to combine the same teams to win on any given day – the favourites in Premier League matches as well as teams near the top of each of the other English and Scottish leagues, or those playing against sides who are right at the bottom.

Probably the best way to describe the big firms’ liabilities at 3pm on a Saturday is as one giant permed multiple. Not every bet contains exactly the same selections but almost all of them contain some combination of the 12 to 15 most popular teams that day.

So as a bookie, when 5pm approaches, you have your eyes firmly focused on those 12 to 15 pivotal games. In the grand scheme, the rest are broadly irrelevant.

If just three or four of those vital matches go your way it’s enough to kill off so many accumulators that it ensures a profitable day. And on football, for the big firms, most days are good days.

The problem is, the bad days aren’t just a little bit bad, they’re catastrophic. On that fateful day in 2015, all 12 of the teams most commonly selected in accumulators won.

That evening, the firms wheeled out their PR men and women to shout about their tales of woe. That’s their job.

They speculated, as they like to do, about the total losses across the industry: a figure of £15m was quoted, then £20m, then £30m.
Twitter immediately lit up with the types who think they know everything, accusing these quotes of being typical PR exaggeration.

My view was that the estimates were indeed wrong, but not because the PR people were exaggerating. They were wrong because they were far too low. Perhaps at the time they hadn’t yet established just how bad it really was or maybe they didn’t think the punting public would find the true estimates believable so, for once, played things down.

In the following morning’s post-mortem, I estimated the true price of all of the most popular 12 selections winning that day as a 653-1 shot.

Because this level of carnage can only happen on a Saturday (and the occasional Tuesday) and there are only about 40 in the season, in theory it should be around 16 years until we see another.

But even if it does take that long, plenty of bookmakers still won’t have forgotten Saturday, January 17, 2015.

This weekend in the Sky Bet Championship, teams without games in hand will play their 30th match of the season.

Can league tables really give false impressions of teams after such a long period? I firmly believe the answer is yes.

Jaap Stam’s Reading are currently third, breathing down the necks of Newcastle and Brighton. At first glance they appear certainties for a top-six spot with an outside chance at automatic promotion.

But a closer look at Reading shows a team who, though not bad, may have ridden their luck more than just a bit. Perhaps that fortune will run out when they need it most.

Their goal difference is just +5, compared to Newcastle’s +33 and Brighton’s +25, and they have conceded more goals than any other top-seven side.

Stam’s done a good job with the resources available to him, but some level of regression will surely occur before May.

With teams such as Derby, Sheffield Wednesday, Norwich and Fulham seemingly on the up, don’t be too surprised if Reading’s nine-point cushion to seventh place disappears.