How much time-wasting is there in the Premier League and how can it affect bets?

More footballing philosophy and stats analysis from our soccer boffin 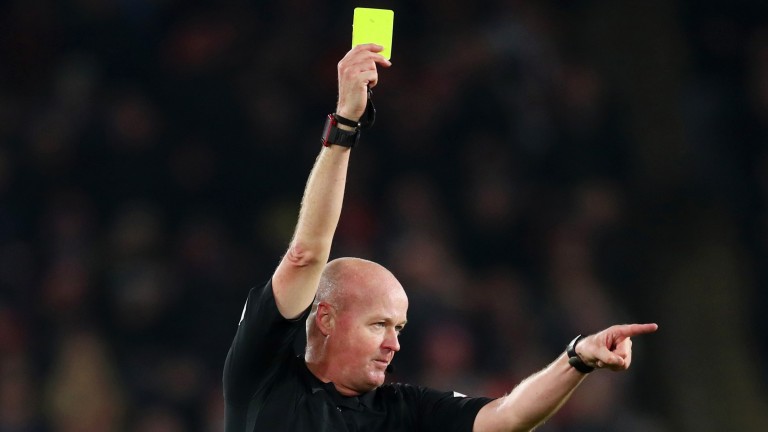 Earlier this season I tipped under 3.5 cards in a Premier League game between Manchester City and Southampton. In added time Ederson dawdled over a goal kick and became the fourth player booked.

I was disappointed the bet lost, but not surprised by how it lost.

Many cards are shown near the end of a match. In the Premier League the 90th minute plus added time account for about five per cent of the period players are on the pitch, but in it referees show about ten per cent of all cards.

Everything that happens in a match is connected. City were behind from the 13th minute until the 70th and did not lead until the 86th minute. Ederson was relieved City were now in front. He wanted to improve the chance of them staying there. So he tried to reduce the time the ball would be in play before the final whistle.

Wasting time can provoke cards. So can some other late-game tactics. They can influence different betting markets as well. When the ball is in play, for example, a team who are ahead might take it into a corner. This can lead to fouls, throw-ins, goal kicks or corners.

How much time is lost waiting for restarts?

Academics Elia Morgulev and Yair Galily answered that question in a brilliant paper published last year in the Journal of Behavioral and Experimental Economics. It was called “Analysis of time-wasting in English Premier League football matches: Evidence of unethical behaviour in final minutes of close contests”.

Morgulev and Galily studied the length of each stoppage in every Premier League match during season 2014-15. They found that leading teams spent longer than trailing teams over most types of stoppage, and that the differences went up as the clock ticked down.

Here are some lumped-together figures for three of the commonest types of stoppage: free kick, throw-in and goal kick.

After the 80th minute when scores were level the average length of each stoppage was 21 seconds. For some teams a draw would have been a bad result, but for each of those there was an opponent for whom it would have been a good result. So let us treat 21 seconds as the standard.

One team were trying to minimise ball-in-play time, the other trying to maximise it. One team were slow to restart, the other quick. Both had similar numbers of restarts. The net effect seems to have been that no more time was wasted by one than was saved by the other.

I should say this is a conclusion I reached after playing around with the data in Morgulev and Galily’s paper. They did not say it. So if you take exception to it blame only me, not them.

The average time taken over a corner after the 80th minute was pretty much the same whether teams were level, ahead or behind: between 20 and 22 seconds.

Why? Morgulev and Galily consulted coaches then summarised their answers:

“Trailing teams wait for ten players – and, in extreme cases, even for 11 players (including the goalkeeper) – to take their right positions in the box area, which takes time, in order to maximise their chance of equalising. Leading teams, on the other hand, play cautiously and often prefer to take short corners – a simple pass to a player within a few metres in order to maintain the possession. This does not take too much time even if a player engages in time-wasting.”

Before moving on I should add, just in case you were wondering, that Morgulev and Galily removed from their data all stoppages during which there was a substitution.

Wasting time and saving time in the last few minutes seem in many instances to more or less cancel out. However, playing time for a whole match can still vary enormously, and differences in it can affect all betting markets. The less time the ball is in play the less time there is for most things to happen. Though, as Ederson discovered, cards can be provoked even when the ball is out of play.

Ball-in-play time can be influenced not only by the length of each stoppage but also by the total number of stoppages and how long the referee adds on for them.

At the 2018 World Cup the difference between the shortest and longest matches (ignoring extra-time) was exactly 23 minutes. At the 2014 World Cup it was almost 26 minutes.

It is probably no coincidence that the best use of technology in football has been a simple one. Foam squirted on the ground keeps defenders ten yards from free kicks.

Another basic use of technology would be to stop a watch each time the ball goes dead so every match has the same playing time. Let spare referees do this rather than turning them into VARs and baffling them with geekish computer software.