Baltimore could have plenty to rave about against Houston 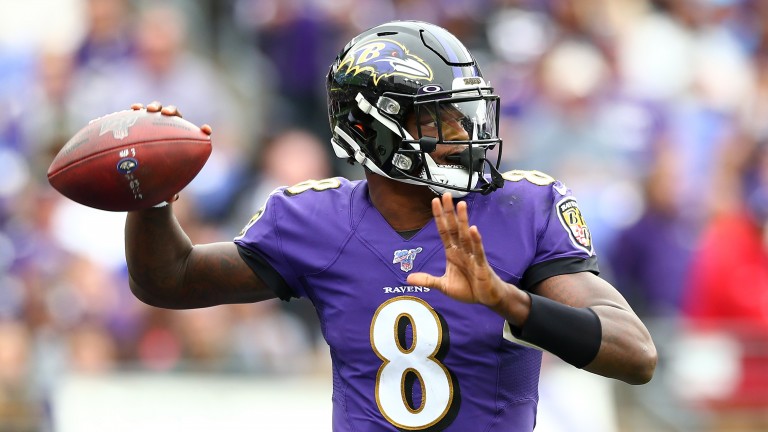 Second-year quarterback has been in phenomenal form for Baltimore
Dan Kubus (Getty Images)
1 of 1
By Andrew Wilsher 4:45PM, NOV 16 2019

Free NFL picks, tips and predictions for Houston Texans at Baltimore Ravens in Week 11 of the NFL.

The top sides in the AFC North and South meet as Houston travel to Baltimore, and the hosts could take the spoils in a high-scoring affair.

Baltimore boast an 8-2 record and that is largely down to their juggernaut offence making them the league's top scorers. They have posted totals of 30, 37 and 49 in their last three games, with the 37 points coming against New England's league-leading defence.

Teams have struggled to find an answer to the threat of quarterback Lamar Jackson, who is every bit as lethal running with the ball as he is passing it.

While Jackson has scored a rushing touchdown in each of his last four games, he reminded everyone of his throwing ability as he passed for three touchdowns in last week’s demolition of winless Cincinnati.

That keeps them in the mix for the top seed in the playoffs, but they will need to be fully focused to topple the Texans.

Houston have won four of their last five games, scoring at least 23 points in each of them. They are the fourth-ranked offence in the league in terms of yards per game, but their vulnerability defending the pass could be their downfall.

Prior to their easy 26-3 win over Jacksonville at Wembley, they had allowed at least three passing touchdowns in their previous four games.

While their sturdiness against the run could keep things competitive, offence is likely to be key to this game with Baltimore expected to earn the win in a thriller.

Baltimore have scored at least 23 points in every game this season.