Houston not as strong as their record suggests 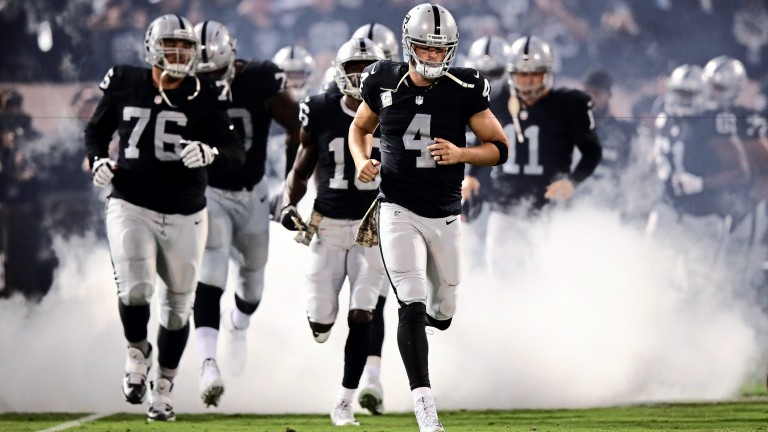 There have been two games at Wembley and one at Twickenham, but the NFL’s International Series is not over yet and tonight Houston take on Oakland in Mexico City.

The sold-out Azteca Stadium showdown is the first time Monday Night Football has been played outside the United States and both teams are in playoff contention with Houston topping the weak-looking AFC South and Oakland joint-first in the highly competitive AFC West going into last night’s games.

It’s no surprise that the markets have identified that Oakland are the superior side and they are up to six-point favourites.

Houston raised eyebrows when they paid fortunes to attract quarterback Brock Osweiler from Denver in the summer and the sceptics have been proved totally right so far as Osweiler has not thrown for more than 269 yards in nine games this season with 11 touchdowns and nine interceptions.

A sign that their lofty position may be false is that before yesterday’s games they had scored 103 fewer points than second-placed Tennessee.

The Texans managed to beat Jacksonville last time out despite gaining only 99 passing yards.

That was their first road victory of the season after thumpings at New England (27-0), Minnesota (31-13) and Denver (27-9). They have won five out of five at NRG Stadium but they don’t have home comforts tonight.

Neither do Oakland, although the Raiders have played better on the road than at home this year with wins in New Orleans, Tennessee, Baltimore, Jacksonville and Tampa Bay.

The Raiders have looked strong offensively all season with quarterback Derek Carr backed up by silky wide receiver Amari Cooper and running back Latavius Murray. Cooper and Murray have both had niggling injuries this week but are expected to play.

The Raiders were suspect defensively at the start of the season but appear to be on the upgrade in that area.